We see you. There is nothing to fear here. Proceed. 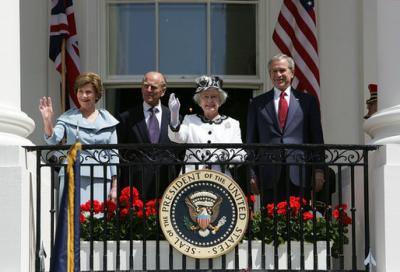 Here's how I plan on saving America.

I am, by nature and preference, a reserved person. Like Garry Trudeau, I have worked hard to develop a lifestyle in which my presence is not required. This is not because of a crippling shyness, or because I don't think well of myself; fortunately, I've been cursed with an entirely unwarranted sense of high self-esteem. It's just that I am very comfortable on the sidelines, watching the game, and don't want to muck up things by doing something – which I suppose makes me a kind of human environmentalist. Simply put, and for most of the time, I prefer not to be noticed...

Which makes the crusade on which I've embarked upon even more uncharacteristic.

It began, as all my great adventures do, while on a stroll with my dog, Buster. I have been walking my illegal dog illegally twice a day for 14 years. Unlicensed and leashless, we have wandered the land, looking to fighting injustice wherever it might be found. On that day, a couple of months ago, we were in Gridley Park. It was early on a Sunday morning.

There is an unspoken signal among dog-walkers, applied as one approaches another from a distance. It is a wave. The wave says, "We see you. There is nothing to fear here. Proceed."

On that Sunday morn, there was a man wandering the park, distractedly on his gizmo. He was young, black, hip-hop. I am none of those things. Worried that he might be startled by my lumbering old pet, I waited until he looked up and then gave him the wave …

We see you. There is nothing to fear here. Proceed.

Well, he was startled – not by my dog, which he could not have cared less about – but by my wave, by the unexpected acknowledgement it conveyed. I realized that he thought I was waving for the express purpose of saying hello to him. Ha! Then he did something that startled me: in the same manner, he waved back.

It was a silly moment, but it triggered something in me, something unexpected.

I began waving at people I don't know. A lot.

I mean, I'm trying not to be dopey about it. I don't go up to the mall and wave my hand at everyone I pass, like those poor kids with the Little Caesars' signs. I wave with a quiet dignity.  My style has been laboriously constructed, over time. A single wave of the hand comes off as brusque and authoritative, like a salute. Three waves or more makes one feel like Granny Clampett. So it is the brisk two-wave for me, accompanied by eye contact and a half-smile (optional).

The results have been eye-opening and reassuring. Surprise. Relief. Reciprocation. Not universally, of course. Young women tend to respond with mistrust and aloofness; young men, with mistrust and hostility. Overall, though, this simple, goofy act produces surprisingly gratifying results. Almost everyone has waved back. Instinctively, like a child.

You may ask why I'm doing this, and what I expect to accomplish. You ask good questions. I suppose it's possible I'm over-analyzing this, a character flaw to which I'm prone – despite my entirely unwarranted sense of high self-esteem. After all, people waving at one another is hardly a new phenomenon. It is a simple, universally acknowledged non-verbal sign of greeting, and to suggest anything more feels pretentious.

But I don't know … Have you been out there lately? Have you paused for maybe a couple of seconds, looked up, and felt your heart filling with dread and confusion at what has happened to us?

There was a personally unhappy event in my life awhile back that knocked me off my horse. I assumed that my struggle to regain my equilibrium was a personal one. Things just didn't seem right. I no longer felt connected to the world outside my own immediate surroundings, and I was frustrated by my inability to recover. My epiphany came slowly, over years, and it both frightened and oddly exhilarated me. When I began asking the people in my life – all kinds of people – if they felt as if something was wrong, if life seemed … off somehow, almost unanimously I heard the same answer:

As best as I've been able to figure, something has gone fundamentally wrong with the way life works. So much of what we do – what we depend upon, the tenor of human existence – has become so godawful complex and joyless that it bewilders us and deadens our hearts. In a sense, we have progressed ourselves into an existence that we haven't been able to adjust to – although I don't think "progressed" is the right word. The rapid changes in our way of life have provided us with the illusion that things are moving forward at a breakneck pace. But I think that it is our processes and our technologies that are changing and evolving, compelling us to stumble behind in their astounding and hopelessly linear wake. We – the unwashed masses, the human animal, we the people – we are stuck, stuck, stuck.

This inertia is reflected everywhere. Our politics is the most obvious example, but politics is basically a reactive art. (I have heard talk show pundits wax wise that, as dysfunctional as Washington has become, it's not representative of what's happening outside the Beltway. Here's a news flash, boys: It's pretty f---ed up out here, too.)  We seem to be uniformly frozen in almost all aspects of American culture: our commerce, our fashion, our architecture (Another beige concrete strip mall? Really?), our spirituality, our art, our music (Here's a revolutionary thought: maybe rock 'n' roll does die) our media … We are suffocating. I think that, because we don't know how life works anymore, we don't know how to become unstuck.

I suspect that some people I know think of me as a Luddite (Hi, daughter!), but I object. One doesn't come out of an anti-war movie with the impression that it was a polemic against guns. And while I do believe that a process-driven, linear way of thinking has begun to infect human interactions and decrease efficiency (Hi, Verizon!), I think our problems run far deeper than the superficiality our gizmos contribute to the situation.

After 16 years of Catholic education, and a lifetime of thought and experience, my spirituality has been cooked down to two simple beliefs: 1) There's more going on than we can ever know, and 2) Everything is connected, somehow. It is that connectedness that is suffering and telling us that something is wrong, and the effects of technology play only a part in that suffering. I think that suburbanization – the idea of moving away from the place you live – was an early indicator, the canary in the mine. We now live in a world in which too many things are being propelled away from the center that created and sustained them.  Media have abandoned their ethics, on which society depended upon to know what is important and true. Creativity has become disconnected from passion and originality. Our politics have separated from reason and intelligence (Hi, Republican Party!). Most ominously, livelihood has disconnected from geography, driving a stake through the heart of the village model, which is how we've survived since we crawled out of the muck tens of thousands of years ago. All of this disconnectness, this inertia, is palpable. It weighs on our hearts and flattens our lives.  It makes us angry, frightened, loathing of others and, I think, of ourselves.

I see you. There is nothing to fear here. Proceed…

You and I both exist. We share this space, this moment in time.  Howdy...

Be not afraid of the dog. Trust me, he loves you.

As for what I hope to accomplish… In a nutshell, I would like for this to catch on – not in a viral, YouTube, "Wave-Guy-Goes-to-Walmart" way, but something more genuine. I dream of a craze – citizens across the heartland waving at each other on the street and on the highways – giddy at the fleeting, silly, profound connection it forms.

Partly, I want this to catch on so that I can stop doing it and go back to my cozily alienated ways. Mostly, though, I guess what I want is to live again in a world that is more deeply, messily human and alive.

Until that day, uneasily, I will continue to take one for the team.