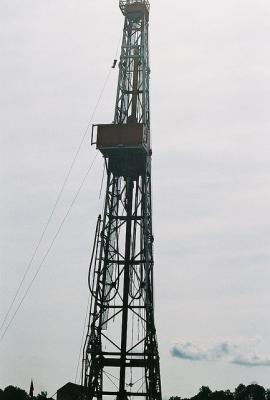 When Gov. Tom Corbett signed Act 13 into law on February 14 of this year, it marked the culmination of three years of work by the Legislature in crafting a comprehensive Marcellus Shale legislative package.   The final legislation contained strong environmental safeguards, a mechanism for fair and predictable municipal regulation of the industry, and a robust, yet competitive, impact fee.

Perhaps the most closely scrutinized aspect of the Marcellus Shale legislation was the establishment of a local impact fee.  The Governor and legislative leaders, including myself, spent a great deal of time discussing and debating this critical topic.  The outcome of this process was the creation of a local impact fee, with the amount set by the state and proceeds collected by the Public Utility Commission (PUC).  Counties and municipalities where Marcellus Shale drilling is taking place would be given the option to adopt the fee or risk losing their share of the revenue generated by the fee statewide.

Many in the legislature and the media criticized the local impact fee at the time of its passage.  Some doubted whether counties would ever impose a fee, labeling the legislation "the art of maybe" and questioning whether it would ever provide the necessary revenue to state and local governments. One member of the House Democratic leadership even went so far as to call the impact fee a "sham."  Thanks in part to the actions of County Commissioners all over the Marcellus Shale region, the past two months have proven those criticisms, and others like them, not only unfounded, but flat-out wrong.

The agreed-to compromise contained in Act 13 was a fair and effective method of enacting a significant but competitive impact fee, by which the Marcellus Shale industry would supply much needed revenue to local governments whose constituents have been affected by the growth of the industry while also addressing statewide environmental and infrastructure needs.

Following the Luzerne County Council's approval of the local impact fee on April 16, all 37 counties in the Commonwealth of Pennsylvania that contain drilled Marcellus Shale wells have now enacted local impact fees.  Although the legislation allows for a majority of municipalities in a county to adopt the impact fee if a county government fails to do so, that option will not be necessary as not a single county in the Marcellus Shale region has failed to adopt the ordinance in the allowable amount of time.

By September 1 of this year, hundreds of millions of dollars in impact fee revenue will have begun flowing into the PUC for disbursement to county and municipal governments and state agencies.  These funds will support a wide range of important programs and positively affect all Pennsylvanians in some shape or form.

In areas affected by the Marcellus Shale play, counties and municipalities will receive an influx of revenue to be used for infrastructure improvements and environmental remediation projects. In addition, much-needed funding will also be available for law enforcement and judicial costs, as well as housing and rental assistance and vital social services programs.

Citizens across the state will also benefit. Businesses will save millions on fuel costs and improve the environment by converting vehicles to operate on compressed natural gas, a much cheaper and cleaner fueling option.  Emergency responders will receive additional planning and training.  Structurally deficient bridges will be repaired and replaced.  Parks and greenways will be developed. Watershed and flood control projects will move forward.  Acid mines will be remediated, abandoned wells plugged, and the Hazardous Sites Cleanup Fund will again have a sustained revenue source.

Pennsylvanians will soon discover, what some originally doubted, that Act 13 is an incredibly positive step in the right direction for our Commonwealth's energy independence, our environment and our future.

Senate President Pro Tempore Joe Scarnati is currently serving his third term in the Pennsylvania Senate. As President Pro Tempore of the Senate, Joe holds the third-highest constitutional office in the State. He was born and raised in Brockway, Pa. and represents the 25th Senatorial District, which includes Cameron, Elk, Jefferson, McKean, Potter, Tioga, and portions of Clearfield and Warren Counties