Lessons learned on both sides of the aisle. 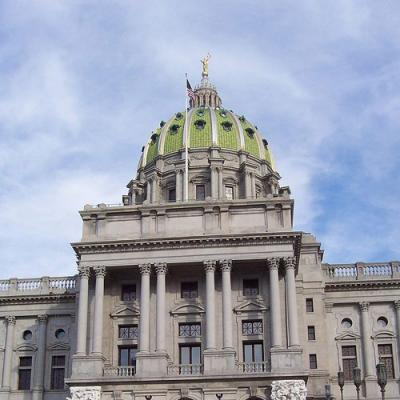 Words and phrases like "bipartisan" and "across the aisle" are often casually tossed around by those inside the bubble of the state legislature, who give little thought to the level of understanding of those outside the Capitol.  "Across the aisle" actually does refer to an age-old aisle down the middle of the chambers where one party sits to the left and the other to the right, requiring one to breach its threshold to engage in bipartisan cooperation. However, even a single vote by the other party satisfies the bipartisan requirement.

Many may not comprehend these concepts, as there have been few recent examples of bipartisan cooperation or working across the aisle in morning print media, nightly news, blogs, or social media venues.

Nevertheless, I am proud to say that the Fiscal Year 2016-17 budget negotiations were a great example of true bipartisan cooperation, where the Pennsylvania Senate moved quickly to pass an agreed-to spending plan by a final tally of 47-3. Those voting in the negative – Sens. Eichelberger, Hutchinson, and Wagner – likely had their reasons and perspectives. Regardless of the three who didn't share the sentiment, 47 out of 50 came together to say that Pennsylvanians don't deserve to see a repeat of the prior year; and warranted a plan that walks the long road of investing in the future of this Commonwealth.

The willingness to send the somewhat contentious revenue package to Conference Committee (akin to an arbitration session) to completely finish budget negotiations instead of allowing them to languish is another sign of mutual aid.

I'm no Pollyanna, so I don't think this newly-minted spirit of cooperation came without numerous significant concessions on both sides of the aisle. We've spent countless months chomping at the bit of ending disinvestment, competing on a national and global scale, and balancing our expenditures with our income sources in an effort to tackle the deficit.

I see the Senate as somewhat a "reluctaneer" – a reluctant pioneer – in demonstrating that the aisle doesn't have barbed wire along its seats, hidden land mines for those who cross, or impediments to returning to one's usual side. I say this as the Senate has traditionally taken the lead in initiating not only the spirit of cooperation, but also the implementation of agreements. If we look back to December of last year, it was the Senate that led the negotiations resulting in the five-party agreement to end the budget impasse.

In that vein, we've also seen some challenging votes come out of the Senate regarding even tougher issues like pension reform, liquor modernization, and transportation infrastructure funding. These demanding discussions are never straightforward; but they're essential to prevent stagnation and to move the Commonwealth along.

I have long criticized the General Assembly for looking to the past to find the answers for the future, resulting in "more of the same" or "business as usual" governing. Clearly, the bulk of this budget cycle looked to the past only briefly to remember that an impasse was the wrong direction as the Commonwealth again came upon the crossroads.

Lessons are only learned when the behavior is modified; when the same situation comes again and the outcome is different. Commonwealth budget 2016-17: lesson learned.