Proposing a moratorium on fracking to protect our Lake Erie watershed. 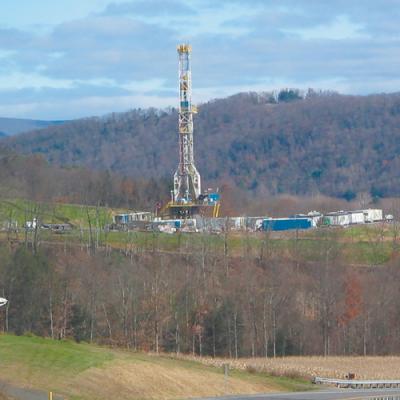 May has proven to be an interesting month in the General Assembly and here at home. The countdown to the Commonwealth budget deadline has begun; and in a move surprising to some, the Governor has indicated that there will be a different person leading the charge to negotiate in good faith with the members of the Senate and the House.

Wolf administration Chief of Staff Mary Isenhour will chart the course this cycle, brokering the necessary covenants to potentially avoid the pitfalls of recent history. Here's to a cautiously optimistic thought that this will stave off an impasse and nudge the General Assembly to make responsible investments in our Commonwealth, learning from past mistakes.

On the local front, the Senate Democratic Policy Committee held a hearing at my request to discuss Unconventional Horizontal Hydraulic Fracturing, or fracking, in the Lake Erie watershed. In the first week of May, almost 100 people filled the Hirt Auditorium of the Blasco Library where testimony was provided specific to the health and environmental impacts of fracking.

Erie County has no fracking for a host of reasons, including industry downturn, commodity prices, type of shale under our feet, etc. All of those things do not make this a moot point, however. Like all market-driven products, the natural gas industry is likely to see a resurgence.

Pennsylvania has a storied history and an important role in the natural gas drilling industry. The gas is below us through no fault or force of our own. The Commonwealth is the second-largest gas producing state in the nation. So we've seen our share of economic activity associated with this once-booming industry in terms of job creation, community revitalization, and revenue generation.

None of those factors being discounted or slighted, the Lake Erie watershed area is unique and needs to be treated as such.

I think I'm in good company with a majority of readers in my conviction that our region's future is too important to not be a trustee of its protection. This region relies on sources of drinking water from all levels of aquifers, and we don't have to look too far west to see catastrophic impacts on clean Great Lakes drinking water.

We've spent millions of dollars in Presque Isle Bay to finally earn an EPA de-listed status. It is irresponsible to minimize potential contamination of fresh water from fracking.

We've spent millions of dollars in Presque Isle Bay to finally earn an EPA de-listed status. It is irresponsible to minimize potential contamination of fresh water from fracking.

This is not a novel concept. Federal prohibitions on drilling in or under the Great Lakes exist; and our neighboring states of Ohio and New York have varying levels of exclusion, from injunctions at the municipal level to a state-wide ban in New York. Maryland has a moratorium until October 2017, where regulations and standards are required to be written before it is lifted.

This plays out on the world stage as well, with prohibitions in Scotland, Wales, New Brunswick, Northern Ireland, and regions in Spain.

There is obviously something to this. It is not far-left nonsense, as it has been portrayed.

Pennsylvania has its own moratoria within the state, including a suspension of drilling in and around the Delaware River Basin and a 2015 executive order by Gov. Wolf to suspend leasing of any additional state park land for drilling, reversing the order implemented by his predecessor, Gov. Tom Corbett.

This issue is often pitted as "jobs versus the environment," suggesting that one cannot be supportive of both creating jobs and protecting our natural resources. I find that to be nonsense, as renewable energies have begun to outpace fossil fuels in job creation. And as we shift our focus towards wind and solar energies, this trend will continue for years to come.

I am simply not convinced that the benefits of fracking outweigh the possible impact to our region. For us, the privilege of living in the Lake Erie watershed comes with a great responsibility to protect it for the benefit of future generations.