Fairness and justice take center stage in our commonwealth. 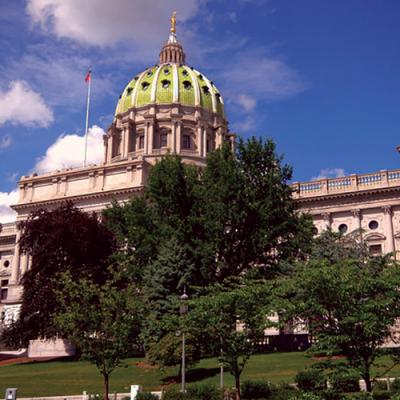 As summer winds down here in the 49th District, the march towards the November election is gearing up. If you aren't registered to vote, get registered. It's easy. And it's likely one of the most impactful decisions you'll make on your own life and the lives of your fellow Americans.

At the commonwealth level, the Senate convened during the last week in August for a voting session to confirm the executive nomination of Bruce Beemer for appointment as attorney general, as a result of the resignation of the embattled, and now convicted, former AG Kathleen Kane.

Beemer has an extensive legal background and most recently served in the office of the inspector general after leaving the office of the attorney general as first deputy amid the Kane fiasco. Beemer testified against then-Attorney General Kane, stating that he tried to intervene in what ended up being her damning decisions.

He earned unanimous support from my colleagues and me, and began his duties as attorney general immediately thereafter, pledging to "endeavor to restore a sense of honor and integrity to the office … I will do everything in my power to allow all of those individuals who work there to focus only on their jobs, to make the attorney general's office a place that the citizens of Pennsylvania can be proud of."

A tall order, to say the least, as the office has been mired in controversy and legal drama worthy of an Oscar for the majority of Kane's term. Beemer will inherit problems, no doubt. And he only has until the Nov. 8 election to sort through them, as he is not on the ballot to serve as the new attorney general come 2017.

The General Assembly made one thing clear in their support of Beemer: History will not repeat itself in the attorney general's office.

This legislation has been called "Gov. Wolf's bathroom bill," and painted with a very disparaging brush per the larger, national conversation sparked after North Carolina passed a law requiring individuals to use the facility associated with their innate gender, irrespective of gender identity.

This issue is indeed divided. However, it is not seemingly all that partisan, as the prime sponsor is a conservative Republican member of the Senate. Sen. Pat Browne (R-Lehigh), the high-powered majority chairman of the Senate Appropriations Committee, has authored Senate Bill 1306, and maintains that sexual orientation and gender identity should be included so that they are equally protected.

Most commonwealth residents are likely unaware that still, in 2016, a Pennsylvanian can indeed be fired for being gay, denied housing as a transgender individual, or discriminated against in the workplace for expressing a gender identity different than the sex they were born.

How is it acceptable for anyone to fear losing their job because of who they are or whom they love? Will Pennsylvania hide behind a veiled religious liberty defense; or conjure memories of the Jim Crow South, where it was customary to discriminate against people of color?

How is it acceptable for anyone to fear losing their job because of who they are or whom they love? Aren't we rather in the business of hiring, firing, or promoting Pennsylvanians based upon merit, qualifications, and accomplishments? Will Pennsylvania hide behind a veiled religious liberty defense; or conjure memories of the Jim Crow South, where it was customary to discriminate against people of color?

The Pennsylvania that I know and love is better than that. And if your religion tells you to hate or fear another human being, then it's time to find a new religion.

This bill remains on the docket for potential consideration as the full General Assembly returns to voting session at the end of this month, and it remains to be seen whether that consideration will happen.

What indeed is very apparent is that a law should never be necessary for all people across this commonwealth to be treated with mutual respect and dignity; that is an inherent right for all of us as human beings.