Have a Blast with GGU's Eclectic Lineup at Basement Transmissions 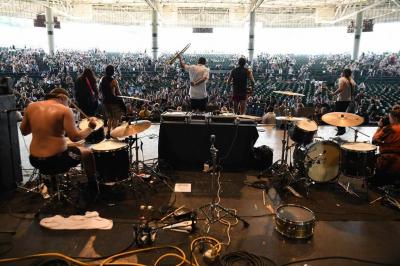 Once again, it seems Gimp Guy Underground Promotions has assembled one of the most diverse and exciting lineups for a self-proclaimed "blast" at Basement Transmissions. For just $10 at the door, you'll get a taste of everything Erie has to offer, from the ska of frequent guests OH NO! It's Mustard Gas to the "pirate folk-punk" of the appropriately-named Stormalong Scoundrels.

Headlining this year's GGU Blast is Keep Flying, bringing with them their unique blend of pop-punk and ska from Blairstown, New Jersey. Keep Flying arrive on the heels of their 2017 EP, Walkabout, the follow-up to their 2016 release, Follow Your Nightmares. Also supporting (and supplying something a bit faster and harder to the bill) is Genetically Engineered Super Humans, or GESH. As always, the Basement Transmissions snack bar will be open throughout the night, and patrons are encouraged to purchase band merchandise to support both local and touring artists. Perhaps most importantly, this cavalcade of characters will be an all-ages event. — Aaron Mook