Hawthorne Heights is returning to Basement Transmissions along with a stacked local lineup. 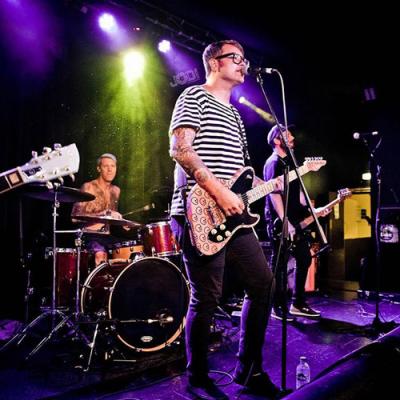 The highly influential Dayton, Ohio band, Hawthorne Heights, is returning to Basement Transmissions along with a stacked local lineup, hosted by The Entertainment Collective.

For many people in their early 20s, Hawthorne Heights was their introduction into emo music, acting as a catalyst that led to listeners delving into a rich genre with a vast array of influences, and discovering influences of their own along the way. Many of the bands on the rosters of record labels such as Run For Cover and No Sleep, as well as several opening bands on this show's bill, can attribute inspiration to Hawthorne Heights and other emo bands that had a strong presence in the mid-2000's, and having them come to Erie is nothing short of exciting.

Touring with Hawthorne Heights is Awake at Last, who are showcasing their latest release Life/Death/Rebirth — a dynamic six-song EP that jumps between dark pop, hard rock, and post-hardcore. To date, Awake at Last has found success in creating a national fan base, even playing the main stage at this year's Warped Tour in Columbia, Md., all without the help of a record label.

Local opening acts on the bill include Archway, with their aggressive and emotional punk rock from Meadville, for fans of Title Fight and Taking Back Sunday. The Standby — Erie emo/grunge rock for fans of Brand New — will also open, in addition to the Erie pop punk band Well Below Average. Buffalo melodic punk rockers Kill the Clock will also take the stage, as well as Common Light, which features current and former members of Archway, Mallory Run, One If By Land, and Signal Home (who released their LP, A Fragile Constitutional under the now-defunct record label Carbon Copy Media, ran by Hawthorne Heights' JT Woodruff), playing their first ever show. Come out to this show for a great time and support the local scene. — Tommy Shannon