Hear the Erie Philharmonic "Play it" Live to Casablanca

What better place in Erie could there be to watch Casablanca than where it originally played back in the 1940s? 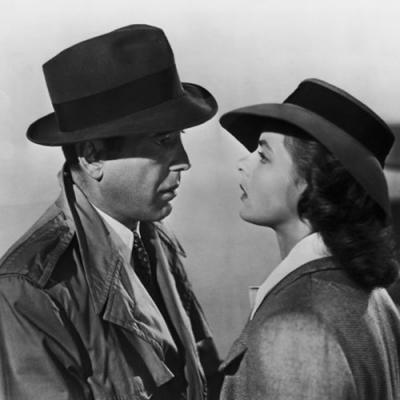 What better place in Erie could there be to watch Casablanca than where it originally played back in the 1940s? On Feb. 4 at the Warner Theatre, this timeless, romantic classic will be screened with a live performance by the Erie Philharmonic. This "fun, nostalgic project" was put together to "recreate the perfect environment for this film in this beautiful space," according to Erie Phil Executive Director Steve Weiser and Director of Community Impact Lisa Herring. Audiences are in for a wholly glamorous sensory experience.

For first-timers to both the Philharmonic and Casablanca, the marriage of live music to a film on the big screen will make the film seem more alive, explains Weiser. "Patrons will be engaged with the film but also will soak up the music surrounding them," adds Herring. "It will open your eyes for the next time you watch a movie at home, too." And Casablanca is a classic for good reason. Directed by Michael Curtiz in 1942, and winner of three Academy Awards, the plot centers around Rick Blaine (Humphrey Bogart) who runs a local hotspot, Rick's Cafe. He comes into possession of two "letters of transit," which enable the bearers to travel freely through greatly-occupied World War II Europe. One night, his former love Ilsa Lund (Ingrid Bergman) comes into his establishment … with her now partner, the Czech resistance leader, Victor Lazlo (Paul Henreid). The rest is cinematic history.

"Every aesthetic and image from the movie will blend in with the surroundings because of the era of the hall."

The stunning Warner Theatre isn't just any "gin joint," but it's certainly the prime spot for this experience. "Every aesthetic and image from the movie will blend in with the surroundings because of the era of the hall," Weiser adds. (Casablanca just so happens to be one of his favorite films, as well.) "With a live orchestra, it will draw attention to the beautiful soundtrack and showcase the Warner Theatre at the same time," providing more than a touch of romance – and making this event ideal for a pre-Valentine's Day date. Here's looking at you, Erie. – Miriam Lamey