"Broadway aficionados and lovers of all things musical-related should not miss this icon with her distinctive set of pipes." 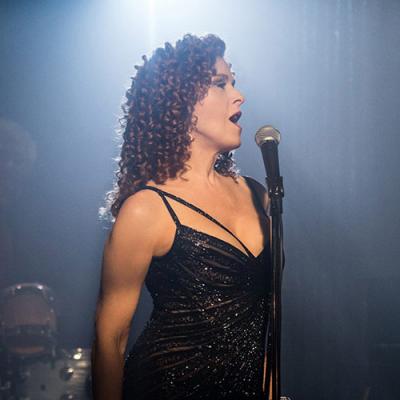 Before the great Ms. Bernadette Peters takes on the role of Dolly in Hello, Dolly on Broadway, she will grace Erie with her presence. Peters will take to the stage at the Mary D'Angelo Performing Arts Center at Mercyhurst University.

Broadway aficionados and lovers of all things musical-related should not miss this icon with her distinctive set of pipes. Peters has appeared in just about every possible musical suited to her talent and voice: Her resume includes musicals such as A Little Night Music, Into the Woods, Annie Get Your Gun, Gypsy, and most recently, Follies. Her work has been duly recognized, and she has received three Tony awards, a Golden Globe, two Grammy awards and three Emmy nominations. A talented actress, Peters has also taken many film and television roles, appearing alongside Steve Martin more than once, as fans of "The Jerk" will note, and popping into popular primetime shows like Grey's Anatomy and The Closer.

And Ms. Peters' talents don't stop there. She is also quite the philanthropist, active with Broadway Cares/Equity Fights AIDS, helping those with the condition receive the food and medicine they need. Additionally, Peters is involved with Broadway Barks. The organization was established in tandem with Mary Tyler Moore — the two are close friends — and raises awareness of the importance of adopting shelter animals.

Oh, and in case that isn't enough, Peters is also a published children's book author.

While it's not likely she will be reading from her work, it is highly probable that she will sing a veritable selection from her past stage performances, although we can't promise any surprise sneak peeks into her Hello, Dolly role. — Miriam Lamey