I, The Breather Farewell Tour Exhales at Basement Transmissions

Baltimore based metalcore band I, The Breather are stopping in Erie on their farewell tour. 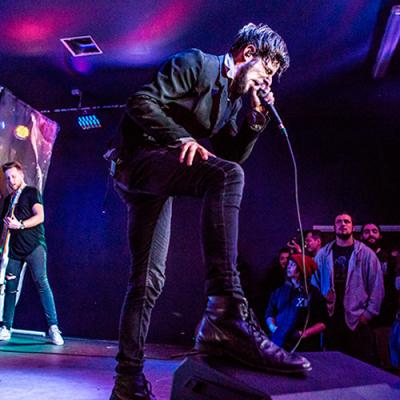 After announcing in September that they would be ending their time as a band, Baltimore based metalcore band I, The Breather are stopping in Erie on their farewell tour.

Since forming in 2009, I, The Breather have released three studio albums and one EP, and have played on three different continents. They are certainly not calling it quits without having accomplished a good portion of any band's bucket list.

Supporting acts on the tour are New Jersey's Chasing Safety and Noveists from Paris, France. Local openers have yet to be announced, so any bands looking for a decent gig can contact the promoter at ballpointproduction@gmail.com to have a chance to send this band off in style. — Tommy Shannon