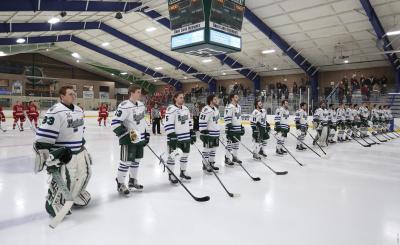 The 2018 Ice Breaker Tournament is coming to Erie Insurance Arena. On Sept. 14, it was announced that Mercyhurst University (MU) won the bid for the Division I men's hockey tournament. The Erie Sports Commission and MU organized the event, with Lake Erie College of Osteopathic Medicine (LECOM) standing as the title sponsor.

As the host location this time around, "We're especially excited about the tournament because two of our teams finished in the Top 10 last year," Emily Biddle of Erie Sports Inc., said. "Preseason rankings for 18-19 haven't been released yet … but we're optimistic that these teams will remain high seeds."

One-day and weekend tickets are currently on sale for the tournament, which should draw the excitement of college hockey fans everywhere. — Hannah McDonald