Identity First, Journalist Second. Or is Being a Journalist Part of My Identity?

How gender, race, and career intersect in 2020 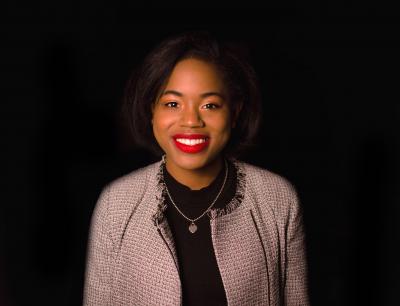 I'm a 22-year-old Black woman and a journalist. I mention my identity first and the title of my career second, so you have a better understanding of why I'm writing this.

It's 2020. I've never felt like more of a triple threat – to not just America, but the entire world – until this year.

Why do I say that I'm a triple threat? Well, because I'm a woman. I'm Black. I'm a journalist.

Being a journalist has always been a struggle – more so nowadays from what we hear and see from people; journalists are viewed as people who stir up the pot, who lie (tell "fake news"), who manipulate the mind of the public. We're seen as the cause of any bad news that goes on in this world. We're disrespected. Oh, and we also continue to be killed.

Do you get the picture? Still, don't? Well, if you haven't noticed, these are descriptions of struggles. Now, it goes back to what I said, "Identity first, journalist second. Or is being a journalist part of my identity?"

Yes, being a journalist is part of my identity. It all comes in one. I will continue to be viewed as a threat. I'm a woman. I'm Black. I'm a journalist.

My generation is saying enough is enough. We see the manipulation. We see the lies. We see the deceitfulness. We have our blinders off now. There's no more sugarcoating the history that has happened not only in this country but across the world. There are reasons why Abraham Lincoln signed the Emancipation Proclamation. There are reasons why Martin Luther King Jr. started a movement. There are reasons why John F. Kennedy spoke out in favor of school desegregation, praised several cities for integrating their schools, and put Vice President Lyndon Johnson in charge of the President's Committee on Equal Employment Opportunity. There are reasons why Malcolm X urged his fellow Black Americans to protect themselves against White aggression. Because they've all wanted others just to stop being hateful towards the other race, they tried to stop the pain, the suffering, the evil. But what happened to them? They all were killed by what they wanted to stop. But their deaths began a revolution. A revolution that we're all seeing with George Floyd's death in this era. Floyd wasn't a politician or a civil activist leader. Floyd was just merely a Black man who represented the countless hate crimes towards the Black community. The countless bodies killed by White aggression. We see the repetition of the hate in the Black community. And it's not only just in killings. It's in the workplace; it's the public place, it's in social media. It's everywhere. Basically, when a Black person leaves his or her door.

Now, you may even say, but "what about Black on Black crime?" Well, let me put it this way. There has been Black on Black crime because it dates back to having White society segregating the Blacks, oppressing the Blacks from wanting to do good for ourselves. We are having instilled in our minds that we will be lowlives for the rest of our lives. We continue to be viewed as just the scum on the face of this earth, which leads to the development of killing each other because of the oppression that was instilled in our neighborhoods—trying to survive.

Yoselin R. Person is a reporter for JET-TV, FOX 66, and YourErie.com and can be found on Twitter at @yoselinperson.