If We Were You

Failure to plan is planning to fail. Read this and you won't fail at experiencing the best events of the next two weeks. 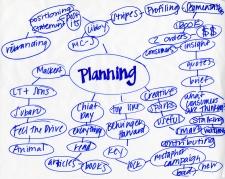 Failure to plan is planning to fail

Skate with the Eerie Roller Girls
Tonight, for just $5, you (yes, you!) can finally fulfill your lifelong secret fantasy of being a roller girl (or guy) by joining members of Erie's own non-profit flat track roller derby team for an evening of skating! A Chinese auction and bake sale will take place; concessions and official ERG gear will also be available.
When: 6:30 to 8:30 p.m.
Where: 3162 W. Lake Road
Contact: www.EerieRollerGirls.com

The Zombie Movie Encyclopedia
Calling all zombie fans! Here's a great opportunity for you to catch some walkers without waiting for the new episode of "The Walking Dead." Join Penn State Behrend as they host a discussion of the zombie arts hosted by Peter Dendle. Dendle, a leading expert on cinema involving our beloved walkers, is the author of "The Zombie Movie Encyclopedia Vols. 1 and 2," and will be discussing "Zombie Movies: Redefining the Zombie for the 'War on Terror.'"
When: 7:30 p.m.
Where: 180 Jack Burke Research and Economic Development Center, 5101 Jordan Road
Contact: behrend.psu.edu

Drips & Beats: Hip-hop Against Violence
The Drips & Beats crew is all for helping you fight for your right to party, but when it comes to violence, they're putting their foot down. Instead, they're providing a party that has no place for fights or any of that negativity, featuring the Original Elements DJs, Random Union, William Weyes, and works from some of the best local graffiti artists.
When: 10 p.m. to 2 a.m.
Where: the crooked i, 1013 State St.
Contact: facebook.com/thecrookedierie

Maria J Langer Film Series presents "Ai Weiwei: Never Sorry"
Named one the year's five best documentaries, "Never Sorry" tells the tale of the daring Chinese activist – and artist- who clashes with the Beijing leaders on multiple –and frequent – occasions. Weiwei was chosen by Time Magazine as a runner up for Person of the Year in 2011 for his tireless intentions of revealing the oppression in China.
When: 7:15 p.m.
Where: Taylor Little Theatre, Mercyhurst University, 501 E. 38th St.
Contact: 824.3000

Rachel Brooke
Ever wanted to travel through time? Well, until someone invents a machine that actually transports you to a different time and place, you can always settle for someone that can make you feel like you're in a different decade. Rachel Brooke oozes with old country soul, enough so that you'll think you've been transported into some sepia-toned decade in the old west.
When: 10 p.m. to 2 a.m.
Where: the crooked i, 1013 State St.
Contact: facebook.com/thecrookedierie

Wine on the Lake
Now in it's eighth year, this popular tasting event at the Bayfront Convention Center will feature 25 wineries - more than ever before! Also featuring live music and vendors; hotel packages at the Avalon (which include accommodations and transport) are still available.
When: 1 to 4 p.m. or 5 to 9 p.m.
Where: 1 Sassafras Pier
Contact: 607.329.0992

Star Wars and Beyond
The man with the very ordinary moniker has produced some very extraordinary works in his career; composer John Williams may not be a household name to many, but his music is readily identifiable - he counts the themes to "Harry Potter," "Jaws," "Jurassic Park," "Raiders of the Lost Ark," "Schindler's List," "Star Wars," and "Superman" among his accomplishments. Don't miss this chance to hear his works the way they were meant to be heard - live and performed by dozens of highly-trained musicians from the Erie Philharmonic, inside the gorgeous Warner Theater.
When: 8 p.m.
Where: 811 State St.
Contact: www.EriePhil.org

Opening of The Bearded Lady
Instead of gunning to post "First!" on some random Internet post before anybody else has a chance to comment, you can actually head down to The Bearded Lady for its very first show. The brand new venue, which you can read more about on page 18, is kicking things off with hardcore acts xRepresentx, GhostxShip, No Zodiac, Menace, Black Mask, and Hellsent on this exciting night.
When: 5:30 p.m.
Where: The Bearded Lady, 801 E. 11 St.
Contact: 453.4550

Ventana
While you've all been all good and nice in the week leading up this show, tonight is the night that you can let a little darkness out, because Ventana's come to town. The Cleveland-based industrial-metal band has sinister undertones in spades, all while providing enough headbang for your hard-earned buck.
When: 10 p.m.
Where: Sherlock's, 508 State St.
Contact: 453.7760

Star Wars Brunch
Picture this - a decadent brunch in an elegant hotel with a man, his sister, their estranged father, and her star-crossed lover. Intrigue and alienation are cast against this luxurious backdrop as the man's mentor - and mortal enemy of the man's father - also attends. Sound like a foreign movie plot? Nope, it's just a not-quite breakfast, not-quite lunch with Luke Skywalker, Princess Leia, Darth Vader, Han Solo, and Yoda at the Bel Aire!
When: 11 a.m. - 2 p.m.
Where: 2800 W. Eighth St.
Contact: www.EriePhil.org

Light the Way to Justice
Curious about the future of Prop 8? DOMA? The upcoming SCOTUS hearings and how they'll affect the future of "marriage" for years to come? Join Marriage Equality for PA for a peaceful candlelight vigil in front of the Erie Courthouse, as State Senator Sean Wiley and Gov. candidate John Hanger, among others, will speak on these issues.
When: 7 p.m.
Where: Erie Courthouse, 140 W. Sixth St.
Contact: Joshua Szczesny 923.3149

FILM at the Erie Art Museum presents: "A Royal Affair"
If you are a fan of romance, history, costume dramas, or all three, you owe it to yourself to check out "A Royal Affair." Set in 1760s Denmark, this film tells the story of British Princess Caroline, who is married to the mad King Christian VII of Denmark. Caroline enters into an affair with an idealistic German doctor and all hell breaks loose. Get to the Erie Art Museum early for drinks, food, and friends.
When: 7 p.m.
Where: Erie Art Museum, 411 State St.
Contact: Facebook.com/FilmErieArtMuseum

Edinboro Film Series presents: "The Woman"
It's the classic tale of an ordinary family living an ordinary life in an ordinary place who just happen to capture the last remaining member of clan that had been wandering the Northeast coast for decades surviving in the wilderness and subsequently try to civilize her. Okay, maybe that last bit isn't so ordinary -- which is exactly why you ought to pony-up the $2 and go catch this Lucky McKee-directed flick with an introduction by student and author Zach Owen. Besides, a trip to Edinboro this week will get you ready for next week when legendary filmmaker -- and subject of this issue's cover story -- John Waters makes an appearance.
When: 8:30 p.m.
Where: 219 Meadville Street, Edinboro, Scot Cinema, Pogue Student Center, Edinboro University of Pennsylvania
Contact: 732.1048

Goth Night
Whether you're a member of the Germanic people that invaded the Roman Empire from the east between the 3rd and 5th centuries or just a fan of gothic music or music in general, you can head down to Basement Transmissions for Goth Night. With established Erie metalheads DisgraceD leading a quintet of acts, you won't feel like roamin' anywhere else.
When: 6 p.m. to 11:30 p.m.
Where: Basement Transmissions, 1501 State St.
Contact: basement-transmissions.webs.com

Erie Zoo Animal Art Show & Sale
Have you ever wanted the chance to purchase a painting of your favorite zoo animal that was created just for you? Then stop by the Zoo stage for a chance to take a gander at the Erie Zoo's artwork. There will also be the chance to purchase bookmarks, key chains, and travel mugs with your favorite animals. During the show, there will be a painting demonstration for your chance to see the artist hard at work.
When: 10 a.m. to 2 p.m.
Where: Erie Zoo, 423 W. 38th St.
Contact: 864.4091

Eric Brewer & Friends CD Release Party
If you've been wishing, and hoping, and thinking, and praying for a new album by local jamsters Eric Brewer & Friends, then all your hopes and dreams [Not all of your hopes and dreams, just this one - Ed.] are about to come true. The band has finished their newest CD and they're having a release party at the crooked i for you to come and celebrate with them.
When: 10 p.m. to 2 a.m.
Where: the crooked i, 1013 State St.
Contact: facebook.com/thecrookedierie

Great Big Films on the Big Green Screen
Ever ask yourself, "Self, what's so great about the Great Lakes, anyway?" Find out right now at the Tom Ridge Environmental Center! Check out "Mysteries of the Great Lakes" on aforementioned big, green screen. After all, you do live right next to one.
When: Noon
Where: 301 Peninsula Drive
Contact: www.TRECerie.org

Afternoon Hoops with the Bayhawks
You may think this is some cruel April Fool's joke, but you'd be wrong. We wouldn't do that to you. The Bayhawks are tipping off today at 1:00, and you can be there to cheer them toward the playoffs as they play host to the last place Springfield Armor. You say you have to be at work/school at 1:00 on a Monday afternoon? Fake an illness, if you get busted just say "April Fools!"
When: 1 p.m.
Where: Erie Insurance Arena
Contact: 790.5600

Mary D'Angelo Performing Arts Center presents Ninety Miles
Four-hundred-seventy-five-thousand-two-hundred feet. Or ninety miles. That's all that separates the Florida Keys from Cuba. But you won't have to travel the 1,454 miles south to Key West and hop a boat to hear the mix of Afro-Caribbean rhythms and American jazz and blues. All you have to do is get to the Mary D'Angelo Performing Art Center to hear Ninety Miles, a group featuring great jazz artists bringing that southern flavor and flare right to your own backyard. So this Tuesday enjoy the warmth of the south without leaving The Gem City.
When: 7:30 p.m.
Where: 501 E. 38th St.
Contact: 824.2000