I'll Be Gone in the Dark Shines a Light 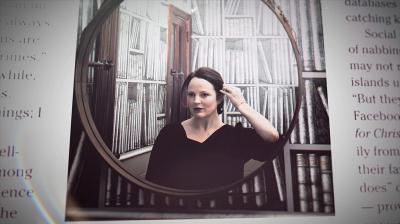 You may have never heard about The Golden State Killer were it not for late writer Michelle McNamara. Originally known as the East Area Rapist/Original Night Stalker (EAR/ONS) —McNamara was largely responsible for generating more widespread interest in the crimes of one of the most prolific serial rapists and killers Southern California has ever seen.

In I'll Be Gone in the Dark, director Liz Garbus brings McNamara's book of the same name to the screen in the form of a six-episode docuseries airing on HBO, four years after the author's death.

While the series' focus is on The Golden State Killer — now known to be former police officer Joseph DeAngelo — McNamara herself plays a starring role. The depths to which McNamara investigates these crimes makes it difficult to separate her own life from that of the killer's, something the series doesn't try to do. McNamara's own personal stories are intertwined seamlessly throughout each episode, making this series unique and adding some lighthearted — although at times bittersweet — breaks between retellings of the severe and often monstrous crimes committed.

McNamara's deep interest in the case began around 2013, at which time she wrote an article for Los Angeles Magazine detailing The Golden State Killer's reign of terror in Southern California from 1973 to 1986. From there she signed a book deal with HarperCollins to write in-depth about the case, which would ultimately become I'll Be Gone in the Dark.

McNamara died of an accidental overdose in 2016 prior to the completion of her book. Her husband, comedian Patton Oswalt, teamed up with McNamara's researcher Paul Haynes and true crime writer Billy Jensen to finish the book for a 2018 release, utilizing the many files, documents, and writings on McNamara's hard drive.

The series culminates with the beginning of DeAngelo's trial, a bittersweet moment for viewers due to McNamara not living to see the mysterious killer finally caught.

For viewers, this series perfectly encapsulates what it means to be obsessed with true crime and the lengths one person will go to in order to catch a killer. — Ally Kutz