It's Thirsty Thursday and you need something to talk about. So here are five stories, neatly summarized for you. Another man was arrested outside the White House, snow is proving deadly in Western New York, and someone has been charged in the Edinboro shooting. All that and more, in case you missed it. 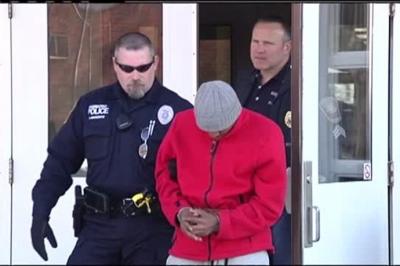 NationalMan Arrested at White HouseA man, identified as 41-year old R. J. Capheim of Davenport, Iowa, was arrested yesterday outside the White House. Capheim approached a uniformed officer and told him that a man from Iowa sent him to the White House. He then told the officer where his car was parked. Other secret service members searched his car and found an unregistered hunting rifle and ammunition. Capheim is currently being charged for the weapon, and further charges may be pending.More info at cnn.comJury Could Rule by FridayThe grand jury that is involved in the trial of Darren Wilson could deliver their ruling as early as Friday, reports state. Their verdict will determine whether or not Wilson will be charged in the shooting death of Michael Brown. While the jury may reach their decision by Friday, they are expected to give law enforcement officials 48 hours notice before making any public announcement.Full story at cnn.comRegionalSeven Dead in New York Snow StormThe massive snow accumulation over the past few days has claimed its seventh victim. The last victim, an elderly man with a cardiac condition, passed away recently as a result of the extreme weather conditions. It is reported that this storm could wipe out the Buffalo storm budget planned for the entire year. Additionally, the Buffalo Bills have offered to pay volunteers to clear the snow for their game on Sunday.Read more at cnn.comLocalStudent Charged in Edinboro ShootingAfter the shooting death of 22-year old Tobiah Johnson Monday, Edinboro University was placed on lockdown. Trey Guetner is currently being held in the Erie County Prison without bond after being charged with criminal homicide. Johnson is reported to have stolen a gun from Guetner's residence prior to the shooting, according to the affidavit of probable cause.Full story at yourerie.comScott Enterprises May Open Dunkin' DonutsSupervisors of Harborcreek Township are expected to approve the opening of a new Dunkin' Donuts location next to an Applebee's. This is in addition to the already-approved Dunkin' Donuts location on West 12th Street in Millcreek. With the supervisor's approval, Scott Enterprises will be able to expand its donut influence into Harborcreek.Get more info at yourerie.com