Adam McKillip, Oliver Burdo, and Addison Moon are braving the Erie weather to brighten up our after-holiday lull. 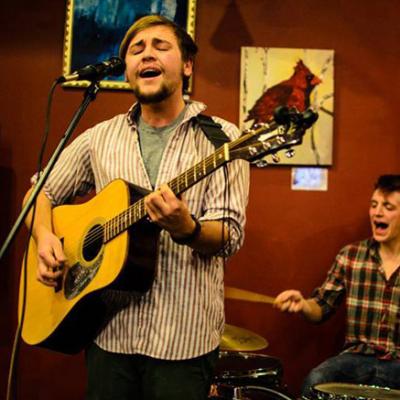 Adam McKillip, Oliver Burdo, and Addison Moon are braving the Erie weather to brighten up our after-holiday lull.

Addison Moon has been fascinated with songwriting since an early age, releasing her first album, Eleanor Evermore, at only 17. She is currently working on her degree and new EP, set to be released in 2017.

Vocalist and guitarist Oliver Burdo has been strumming and songwriting for nearly eight years, playing local venues all around northwestern Pennsylvania and into New York. His band, St. Vith, is releasing their EP, Windfall, this spring. Burdo is excited for his first performance at the Rook.

Adam McKillip is no stranger to the Kings Rook Club. His love of guitar and mandolin shines brightly in his music, both in his solo act and with the band, Smilo & the Ghost.

This lineup is sure to make anyone feel the music – mixing up the good summertime vibes we've come to expect from these Great Blue Heron performers in the groovy Kings Rook scene. – Ella Julian