Beast Epic's restraint is an exercise in quality control that places it among Sam Beam's best. 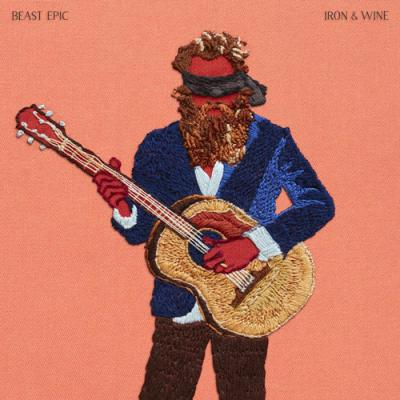 Some fans might argue that, somewhere along the way, Sam Beam lost the plot. This is a bit of an unfair assumption considering artists owe it to themselves to experiment and grow before they owe us anything, but on the sixth Iron & Wine album, Beast Epic, Beam seems content to meet us halfway. It's not even that the moniker's past three albums were bad – The Shepard's Dog and Kiss Each Other Clean remain fan favorites – it's just that this folk project evolved from an acoustic guitar and four-track recorder to a fully-fleshed, jazz infused indie-pop outfit quickly. Fans of Beam (and particularly his first two albums) will be happy to hear that Beast Epic acts as a retrospective bridge between 2004's Our Endless Numbered Days and 2007's The Shepard's Dog, a sparse revival that is occasionally marked by rustic strings and blues cadences. Even Beam's lyrical abilities return to their roots, with opening tracks "Claim Your Ghost" and "Thomas County Law," showcasing Beam's impeccable storytelling. Beast Epic may not surpass the past three Iron & Wine albums in scope or ambition, but its restraint is an exercise in quality control that places it among Beam's best.