It Provides More Laughs Than Scares

It is ostensibly the story of a cosmic being who takes the form of a clown to terrorize and murder children. 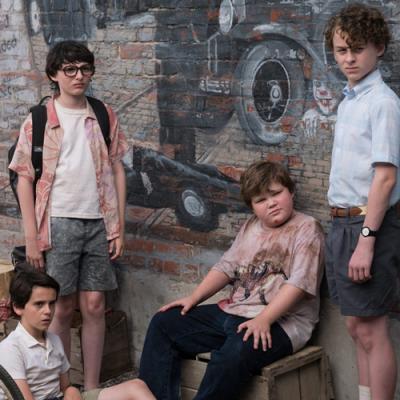 With the success of the Netflix series Stranger Things, it seems that the look and feel of 1980s Stephen King-style movies are becoming popular again. It was to be expected that we would get more stories in the tradition of King's "supernatural happenings in American suburbia" style. Right on time, here comes It. Based on King's elephantine, 1,200-page novel, It is ostensibly the story of a cosmic being who takes the form of a clown to terrorize and murder children in a small Maine town and a small band of teenage misfits who work to stop it.

This new movie eliminates most of the more surreal elements from the novel (including ancient cosmic horrors and massive space-turtles) and instead focuses on the story of kids overcoming their fears and battling an evil clown-monster. It was expected that the studio would turn It into a more conventional horror film, but what wasn't expected was how much humor they put into the film. Nearly every scene is punctuated with some kind of joke or sarcastic quip, meaning that the audience I saw the film with was laughing more often than being scared. This overabundance of humor essentially kills most of the tension and is something better left to the Marvel movies than what is supposed to be a horror story.

That being said, the cast of child actors all do a fine job (especially Sophia Lillis as Beverly) and some individual scenes are effective. It ends up being serviceable when it could have been something great. — Forest Taylor

by Forest Taylor2 hours ago