It's Time for Erie to Ban the Box 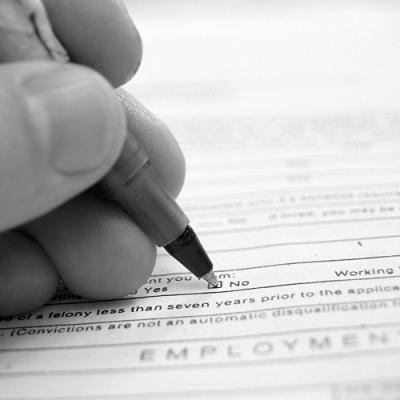 Nearly five years ago, Philadelphia became the first Pennsylvania city to "ban the box" on March 31, 2011. Thus, Philadelphia joined the international campaign – led by civil rights advocates and groups representing ex-convicts – to legally restrict employers from requiring job-seeking applicants to reveal on job applications whether they have a criminal record.

Most recently, Lancaster, Pennsylvania banned the box in Sept. 2014 for city workers. Less than a week later, Lancaster City Council began urging other Lancaster employers to do the same.

With these three cities – along with Allegheny County, which passed its ban the box countywide initiative in Nov. 2014 – Pennsylvania ranks among the 14 states in which at least one city or county has implemented a fair-chance policy aimed at creating a level playing field for ex-cons seeking employment. But the Keystone State stands out among its neighboring states in its ban the box progress.

According to the National Employment Law Project, 19 states have a state law or statewide fair-chance employment policy. Seventeen states have no such law. Of the states surrounding Pennsylvania, only West Virginia features no fair-chance policy; all others – Delaware, Maryland, New Jersey, New York, and Ohio – have statewide policies.

The next closest state to Pennsylvania with laws or policies in only part of the state is Michigan, where four cities and two counties have passed such ordinances. Next is the crescent, starting in Indiana (one city) that runs southeast through Kentucky (one city) and Tennessee (one city, one county) and eastward to North Carolina (six total localities).

For Erie, banning the box could happen on three levels: state, city, or county. Erie shouldn't wait, however, for Pennsylvania to take action. Rather, Erie City Council should follow the leads of Lancaster, Philadelphia, and Pittsburgh by introducing citywide policy. And Erie County Council should heed Allegheny County's 2014 decision to ban the box countywide.

Locally, it would – through law – address a proposal Bishop Dwayne Brock issued in early February 2016 during an open-to-the-public meeting hosted by the African American Concerned Clergy of Erie in response to Unified Erie. In short, during his speech, Brock called for employers to hire at least two convicted felons. Instead of hiring felons and making a big deal about that – are we to host media conferences? to cut ribbons? to award medals? – why not remove the barriers encumbering those looking to rebuild their lives after serving their sentences? That speaks most directly to fairness.

In Nov. 2015, President Barack Obama called federal employers to remove the box from the early stages of the job application process. "If the disclosure of a criminal record happens later in a job application process," Obama said, "you're more likely to be hired." Obama went on to note how when employers see the checked box, they're less likely to advance applicants in the process – regardless of qualifications. But without a box to color such judgment, employers are more likely to call in applicants based on credentials pertaining to the job. Meeting face-to-face, the President added, gives applicants a chance to explain their history better.

According to the Bureau of Justice Statistics and the National Institute of Justice, 60 percent of those released from prison cannot secure employment within a year of their sentence ending. Of those who do, 40 percent receive less income than their colleagues without records. The Bureau of Justice Statistics also reveals that as many as 100 million Americans have a criminal record now – which results from mass incarceration.

According to the Bureau of Justice Statistics and the National Institute of Justice, 60 percent of those released from prison cannot secure employment within a year of their sentence ending. Of those who do, 40 percent receive less income than their colleagues without records. The Bureau of Justice Statistics also reveals that as many as 100 million Americans have a criminal record now – which results from mass incarceration.

In the 1860s, Irish immigrants responded to the racial prejudices and barriers to employment they faced at the time by singing. Songs like "No Irish Need Apply" became the unity cry in response to signs plastered about London, reading: "Help Wanted: No Irish Need Apply."

Today, those signs are boxes on job applications aimed at ex-cons who are reentering society in states and cities with no fair-chance ordinances. They have already served sentences fit to their crimes. Encumbrance to employment should not be the sentence served after the one handed down by the legal system.

Erie City Council and Erie County Council both have the ability to outright ban the box, thereby making the employment-seeking process fair to all applicants. It's time the Erieities start singing the "Ban the Box" tune to see whether Erie City or Erie County Councils are willing to listen; or more boldly, to sing along.