Jam Out with Digging Roots Band

If there is anything that can start off January in the right way, it's a stellar show at Kings Rook Club. 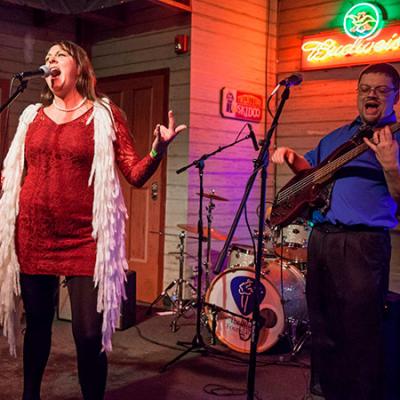 Yes, we are all shell-shocked here in Erie from our humble town turning into The Wall, the mythical, frozen border in Game of Thrones responsible for (mostly) keeping the white walkers out. So, no snow talk. Instead, this January we're going to rediscover that music has the power to warm the heart and soul — and whatever it can't warm, some whiskey will. Start your defrost cycle at the Kings Rook Club as Digging Roots Band with Peddlers Moon heat up the stage.

Digging Roots frontman Toby Lindberg explained that the band came together in 2012 through a shared love of music, particularly American roots sounds. While they have been known to genre-hop, the outfit remains true to its Delta blues and jam roots. Expect to hear hints of rock, soul, R&B and gospel in their set.

In keeping with the jam band theme, Lindberg mentioned his band will incorporate a tribute to the Allman Brothers Band. They will also sneak in songs from their albums Muddy Water and Bring it Home.

Perhaps most significantly at this early 2018 gig, they also aim to bring their unifying sentiments to Erie. The band firmly upholds the belief that music brings everyone together. It's something that transcends age, race, geographical location and generations. "Music just makes everyone feel great and can be therapeutic," said Lindberg.

If there is anything that can start off January in the right way, it's a stellar show from Western New York neighbors at the Kings Rook Club. So, come together and hear some great tunes. — Miriam Lamey