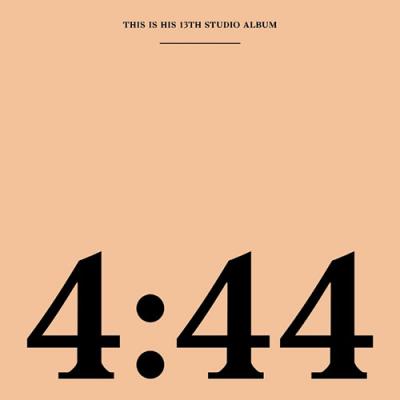 For a figurehead of hip-hop, Jay-Z has had an admittedly spotty discography, especially following 2007's American Gangster (which many believed to be his last great solo effort). This, combined with the fact that 4:44 was initially hidden behind not one, but two corporate paywalls (Tidal and Sprint) gives plenty of reason to feel skeptical or simply unmotivated to seek out the latest from the New York mogul. But not only is 4:44 Jay-Z's best album in a decade, it's also the most concise and personal of his entire career. During a spotless 36-minute runtime, Jay-Z cleans out his closet, taking accountability for accusations of infidelity made on Beyonce's Lemonade ("4:44"), venting vague frustrations with his peers ("Kill Jay Z") and even giving his mother a platform to formally come out as a lesbian ("Smile"). Not a moment is wasted and no one is safe as the MC takes a conversational tone over soulful beats courtesy of No I.D. (who once mentored Kanye West, somewhat ironically considering how much the beats here resemble early West production). Whether or not Jay-Z is back for good remains to be seen, but it certainly feels as if 4:44 is one of the best hip-hop albums of the year. — Aaron Mook