A night of stand-up comedy and puppeteering 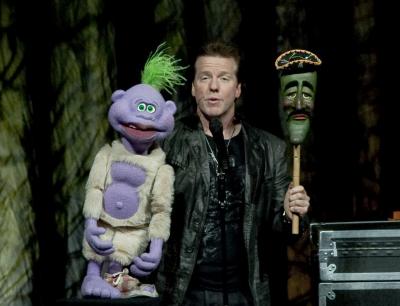 Jeff Dunham is coming to Erie's Warner Theatre for a night of stand-up comedy and puppeteering as part of his latest North American tour.

The often irreverent (sometimes offensive) Texas-born comedian and ventriloquist has been a force in comedy for decades, appearing in a long list of television shows, which include Late Show with David Letterman, Comedy Central Presents, and The Tonight Show.

Dunham has six specials that run on Comedy Central in addition to two Netflix specials, the most recent of which is entitled Jeff Dunham: Beside Himself, and was released in September of this year. During this recent production — filmed in front of 16,000 fans in his hometown of Dallas — Dunham introduced his newest character, Larry, a presidential advisor. After a very impressive first performance, Larry earned his spot on the tour and is now traveling with Dunham as he visits cities in the contiguous U.S. and Canada before embarking on an international tour.

Dunham's Erie show will be a relatively intimate break from his typical arena-sized performances and a treat for lovers of unique comedy experiences. — Hannah McDonald