Some big names are coming to Erie. Announcement scheduled for Tuesday, Sept. 25. 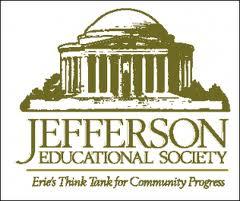 A press conference has been announced to publicize the official list of guest speakers slated to attend this year's Global Futures Summitt at the Jefferson Educational Society. Chair of the JES Board of Directors, David Kozak, Ph.D., will present the list of speaks as well as the schedule for the entire 72-hour event at 10:30 a.m. Tuesday, Sept. 25 in the Jefferson Hall.

According to a press release issued Monday, The Summit, in its fourth year, "will feature nationally-recognized speakers discussing a broad range of current issues including politics, end-of-life care, and space exploration."

Both William P. Garvey, Ph.D., president, and Ferki Ferati, executive director of the Jefferson Educational Society, will be on hand to answer questions about the event.


The Jefferson Educational Society is located at 3207 State St. For more information about the JES, visit: JESErie.org.