Jimkata will perform with Sean Palidor Murray, also known as Paladin, at the Kings Rook Club on Saturday, Oct. 15.

by Tracy Geibel
View ProfileFacebookTwitterRSS Feed
October 12, 2016 at 11:30 AM 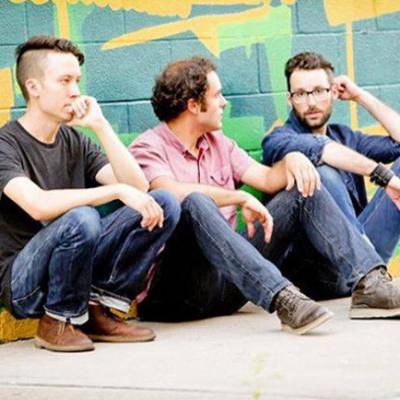 Jimkata, from Ithaca, New York, will perform with Sean Palidor Murray, also known as Paladin, at the Kings Rook Club on Saturday, Oct. 15.

The members of Jimkata have been friends since middle school. Evan Friedell, Aaron Gorsch, and Packy Lunn named their band after 1985 gym-fu caper Gymkata. Their long-standing relationship has fostered a strong friendship, allowing them to express and embrace their emotions and let those powerful feelings become part of their music.

Now back on the road, Jimkata wrote the songs on their latest album In Motion after taking a break from touring.

"We were sort of living like gypsies or nomads, living the road life," Friedell said. "We've never had this much time to work on an album and just live with the songs."

The time off allowed the members to reflect on their work.

In Motion takes listeners on an enjoyable ride, including songs like "Wild Ride" and "Jumping out of Airplanes." Their Facebook page suggests that Yeasayer, LCD Soundsystem, and Tom Petty fans would enjoy the album, which is, by the way, fan-funded.

Entrance is for members and their guests only. To purchase a membership or attend, you most be 21 or older. Membership renewal costs $5.

Following the show, there will be an after-party in the upstairs lounge with band member Packy Lunn, also known as Weazildust. – Tracy Geibel