Sowing the seeds of freedom 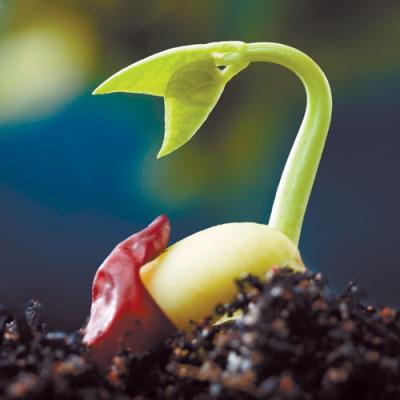 Right around the winter solstice every year, I receive a gift in the mail far more thrilling than anything tied up in a pretty bow: my Fedco seed catalog.

Fellow gardening geeks reading right now likely wear knowing smiles, thinking about the moment their own favorite seed catalogs arrive: those deeply descriptive and exquisitely decorated mini-books holding all of the promise of a coming spring.

Fedco is a seed co-op in Maine (of which I'm a member) that specializes in seed varieties proven to be hardy in northern climes. Even in typical Erie winters, I've harvested bunches of Fedco kale, swiss chard, and arugula.

But Fedco's appeal transcends its product.

For one, their catalog is famous for its impressive hand-drawn illustrations and its clever and erudite descriptions. Like the one for their Fedco Cap: "Whether you are hangin' with the boyz in the 'hood or toiling in the vineyards of the lord, nothing says style like a Fedco cap. ... We'll pick the color because Fedco knows what you want."

Most admirable, though, is Fedco's undaunted devotion to promoting seed freedom. They have used their limited resources to fight Big Ag, a David and Goliath battle if ever there was one. And time and again, they have actively supported the rights of farmers and backyard gardeners to decide what they're growing and how.

Big Ag companies like Monsanto, on the other hand, want to dominate the food-growing market by creating demand for seeds they've patented that cannot be saved and reused; seeds whose success depends on fertilizers and pesticides that the companies happen to sell.

According to a May of 2013 New York Times article about Supreme Court seed-patent case Bowman v. Monsanto Company, "Farmers who buy Monsanto's patented seeds must generally sign a contract promising not to save seeds from the resulting crop, which means they must buy new seeds every year. The seeds are valuable because they are resistant to the herbicide Roundup, itself a Monsanto product." (And one that France, for one, banned from garden centers last year after the WHO deemed it "probably carcinogenic to humans.")

Monsanto won that case, as they often do. And truly, companies who develop technologies ought to benefit from their use. That's what patents are for.

Now, however, utility patents apply to seed traits like heat tolerance and leaf color, according to the 2016 Fedco catalog. These patents "stultify any possible future breeding improvements by monopolizing those traits and uses that rightfully belong to the commons, cutting off any further opportunity for any other breeder to work with them. Once traits are tied up in private hands, varietal improvement comes to a halt."

Halting innovation is decidedly not what patents are for.

Like so many other aspects of consumer culture, choosing seeds every January has become a political act. Metaphorically, we plant seeds with every choice we make in this life. Wouldn't we rather plant the seeds of freedom?

But Big Ag's power to influence those making the rules which will govern them is what's most concerning.

So like so many other aspects of consumer culture, choosing seeds every January has become a political act. Metaphorically, we plant seeds with every choice we make in this life. Wouldn't we rather plant the seeds of freedom?