The gifted young musician plays some ear-catching passages on his new record. 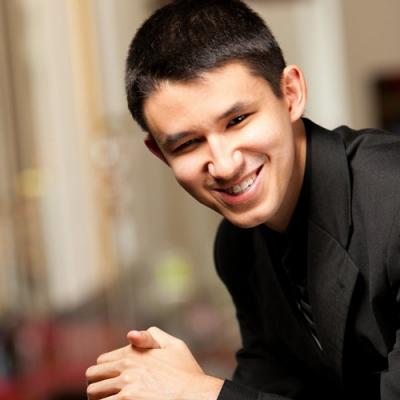 There was so much drama surrounding jazz piano prodigy Justin Kauflin's new album that its release seemed almost anti-climactic. The story of Kauflin's famous mentors Clark Terry (who died recently) and Quincy Jones who produced a documentary about their experiences and relationships (Keep On Keepin' On) has taken all the attention. On Tradition, Kauflin, who is sightless, made a bold, but perhaps unwise move, in playing 12 of his own compositions. A sameness in the songs dogs the entire project, despite Kauflin's frequent sparkling playing, as well as strong support from guitarist Matt Stevens, bassist Christopher Smith, and drummer Billy Williams. There is a thoughtfulness and beauty in Kauflin's compositions and playing, but with a couple excellent exceptions, tempos are slow and slower – the mood, overly serious, almost studious. Only occasionally is there a sense of joy or the excitement of swinging jazz. Kauflin, 28, is gifted, though. In every piece, he plays some ear-catching passages. It will be interesting to observe his development. – Bob Protzman