Where The OOZ felt dreamlike, Man Alive! sounds downright nightmarish for most of its duration. 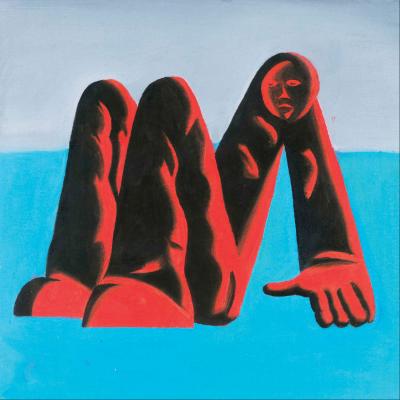 Four out of five stars

Despite largely breezy beginnings on 2013's 6 Feet Beneath the Moon, the young, genre-bending U.K. prodigy known as King Krule (or Archy Marshall) has moved progressively further away from anything resembling "easy listening," culminating in his expansive 2017 opus, The OOZ. Man Alive! is nowhere near as long as The OOZ, nor is it as inventive. But the album does have staying power. They say the songs you grow to like never stick at first, and when the album does finally click, it feels abundantly clear why they call Marshall a king. Where The OOZ felt dreamlike, Man Alive! sounds downright nightmarish for most of its duration. Marshall traverses post-punk (opening track "Cellular"), trip-hop ("Stoned Again"), and jazzy indie rock ("Alone, Omen 3") all within the span of 43 minutes. But something happened halfway through the recording process; Marshall's partner, photographer Charlotte Patmore, gave birth to the couple's first child. And there is a distinct shift right around the halfway point of the album where some optimism begins to seep through, seemingly pulling Marshall from whatever waters were overtaking him for so long. Fortunately for us, this shift in perspective makes for an incredibly personal and fascinating listen.