Megyn Kelly knows her role on Fox News. Monday night she stepped out. 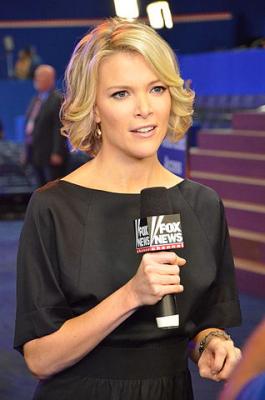 Kudos Megyn Kelly for not reinforcing the stereotyped box that Roger Ailes put you in...again.

As Gabriel Sherman described in his compelling biography of the Fox News chief, Ailes perfected his news model over the past five decades, understanding that some combination of long legs attached to a none-too-inquisitive talking head placed on screen to visually desensitize the audience to polemic vitriol is a winning combination.

On Monday night Megyn Kelly broke the mold. She appeared on the O'Reilly Factor, presumably to serve as the soft focus to an otherwise racist tirade about Ferguson, Mo. and the media focus on "white privilege" by Bill O'Reilly.

Kelly has been through this before in recent weeks. On her show just a few weeks ago Brit Hume schooled Kelly on the poor decisions that women make - things like getting married and having children - which justify the gendered wage inequality that persists as we make our way through the 21st Century.

Kelly swallowed that pill and allowed Hume to languish in his masturbatory moment.

Not so on Monday.

O'Reilly set up her segment, lauding her credentials as an attorney and someone who has covered the Supreme Court for Fox News, and then threw her the softball.

"Do you believe in the 'white privilege' theory?" he asked.

"It's got a lot of evidence behind it," Kelly began.

For the 90 seconds that followed, Kelly rolled out a series of statistics and citations that put Ferguson in a comparative context to the Black experience in the United States today.

O'Reilly was unimpressed. But he's been here before.

The Fox News faithful will remember O'Reilly's encounter with Jeremy Glick in 2003 after the U.S. invasion of Iraq. Glick's father died in the Twin Towers on 9/11 and he didn't see the correlation between the events in New York and the War on Terror.

Glick had studied O'Reilly's methods and knew how to push his buttons - talking through O'Reilly's interruptions and sticking to his talking points.

O'Reilly ended the segment and had Glick thrown out of his studio by Fox security. After the break, O'Reilly continued to deride Glick as an unpatriotic loon.

Kelly didn't face the same fate as Jeremy Glick. But if you tune in to watch "The Kelly File" next week at 9 p.m. and it's not there, you'll know why.