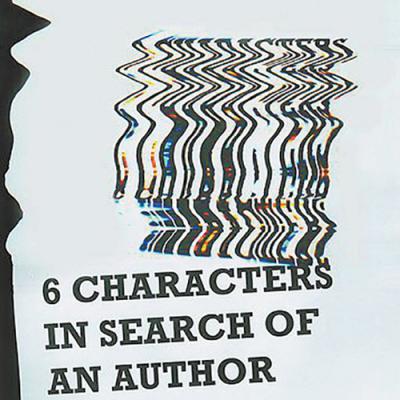 Laugh/Riot Performing Arts Company, resident theater of Edinboro University of Pennsylvania, is staging playwright Luigi Pirandello's Six Characters in Search of an Author, a landmark play that questions – and attempts to answer – the essence of Truth in art.

"This play is recognized as one of the foundational pieces of the absurdist art movement, so it has a lot of historical significance. Beyond that, the play raises questions about the concept of truth in art and what constitutes reality," said LRPAC artistic director, Rob Connick.

When a theater group is rehearsing for a play, six people unexpectedly visit the set explaining that they are looking for an author. As the story progresses, you learn that these six people claim to be characters from an unfinished story who need to perform so their story can be completed. As the show goes on, questions about art, morality, and existence are tackled in this quest for conclusion, according to LRPAC's website.

A mutant play at the time of its 1921 debut, Six Characters fit no defined categories until Theatre of the Absurd was coined in 1960. It no doubt eventually assisted in garnering Pirandello a Nobel Prize in Literature in 1934.

A mutant play at the time of its 1921 debut, Six Characters fit no defined categories until Theatre of the Absurd was coined in 1960. It no doubt eventually assisted in earning Pirandello a Nobel Prize in Literature in 1934.

This landmark play has also spawned an opera, a Twilight Zone takeoff, and an Italian graphic novel riff.

A surreal live experience, Six Characters provides patrons with an opportunity that only live theater can provide.

"Seeing a performance live brings the audience into that world. With TV or film, there's an aesthetic distance that allows the audience to choose when and how much they want to be invested," said Connick.

"Onstage, however, even if you look away, the action is still happening only a few feet away. The result is an experience that can't be created in any other medium." – Gregory Greenleaf-Knepp