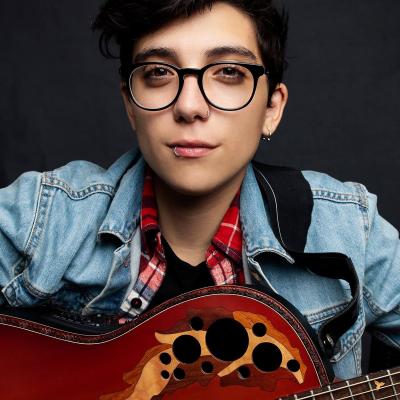 Ryan Cassata was only 14 when he came out to his father as trans. In an interview with Billboard, Cassata recounted how he was sitting at a diner, and when he revealed his truth, he had to actually explain what "trans" meant. Although his dad seemed accepting at first, after a few weeks his attitude shifted for the worse, and the two entered into a years-long cooling of their relationship, speaking few words to one another, and those strained and painful for both.

As often happens where there love and respect, however, Cassata and his father were able to reconnect, and that renewal of their relationship — and the subsequent support now from both his parents and his brothers — has seemingly given Cassata the hope necessary to continue the fight for trans people to be accepted as what they are: people, as worthy and as deserving of the same rights as cisgendered humans.

That Cassata can relay this message of hope, visibility, and equality through music makes him a perfect ambassador for young people, and this extraordinary 25-year-old will be coming to Strong Vincent Middle School as part of E3 Youth Summit, presented by the Greater Erie Alliance for Equality (GEAE). Geared specifically toward young people ages 12 through 21, as well as their families, this three-hour show will feature original song and speech, both of which are aimed to empower LGBTQ+ youth and wipe out the ignorance and hate which has permeated our cultural landscape for too long, and which claims too many young lives each year.

Despite Cassata's impressive resume — he has additionally been recognized by Rolling Stone and the New York Times — this show is free, and interested parties need only register via the website below in order to attend. — Cara Suppa