The case for Judge Maria McLaughlin for Pennsylvania Supreme Court 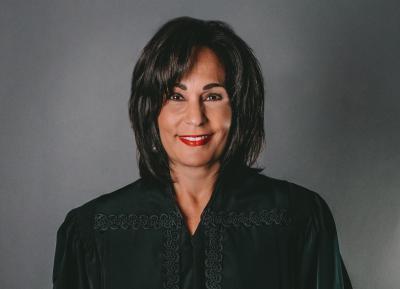 In Erie's primary election on May 18, turnout was quite strong by comparison with recent municipal election cycles. However, many people chose not to vote in some races. This was particularly true in our statewide judicial races and it was especially true in our democratic primary for Pennsylvania Supreme Court.

I suspect that many people – nearly 6,000 Democratic voters and nearly 3,000 Republican voters – chose not to vote in that race because they didn't recognize the candidates or, on the democratic side, our candidate, Judge Maria McLaughlin, was unopposed.

But the stakes are too high for Erie County voters to sit out of our statewide judicial elections – or any race on the ballot – in the 2021 general election, which ends at 8 p.m. on Nov. 2.

Every year we try to tell people why they need to vote – why this election is important to them. This year, the answer is simple: democracy is still on the ballot.

When Democrats won the presidency on November 6, 2020, it was the beginning – not an end – to the great fight for our democratic values and our democratic institutions.

The people we elect this year will control the offices that oversee our elections, they'll lead law enforcement, protect our voters and our votes; they'll hear the arguments concerning election law and the outcomes of our elections, and they'll decide what version of history is told in our schools.

While each of these offices holds promise and importance in their own individual way, the race for the Pennsylvania Supreme Court represents the stopgap to false claims of election fraud, gerrymandering, and, simply, preserving the right to vote.

Last year, only one court in the country sided with the Trump campaign's attempts to overturn the results of our free and fair elections. That court was the Pennsylvania Commonwealth Court, which currently has a 7-2 republican majority. The Republican nominee for Pennsylvania Supreme Court, Kevin Brobson, sits on the state's Commonwealth Court and voted with the majority to disenfranchise millions of Pennsylvanians as a political favor to the most corrupt presidential administration in modern American history.

Later, he authored a decision of the Commonwealth Court to throw out thousands of mail ballots in an Allegheny County state senate race.

Thankfully, the Pennsylvania Supreme Court overturned both decisions and preserved Pennsylvania's election results and the promise of the democratic process, for at least the time being.

Brobson now faces Judge Maria McLaughlin, a member of the Pennsylvania Superior Court, for the open seat on Pennsylvania's Supreme Court. Judge McLaughlin is a qualified jurist, "highly recommended" by the Pennsylvania Bar Association, and celebrated across the commonwealth for her fairness on the bench and the lifetime of professional legal service that informs her decision making.

While her opponent has tried to malign Judge McLaughlin's professional and judicial record – an effort for which he was reprimanded by the Pennsylvania Bar Association board of ethics – McLaughlin has traveled to all 67 counties in Pennsylvania, meeting voters of all political affiliations, promoting her professional experience and judicial philosophy – both of which have earned her the endorsement of United States Senator Bob Casey Jr., Lt. Gov. John Fetterman, United States Congressmen Conor Lamb and Mike Doyle, Allegheny County Executive Rich Fitzgerald, Steel City Stonewall Democrats, Clean Water Action, SEIU, United Mine Workers, ALF-CIO of Pennsylvania, Teamsters, state correctional officers, Pennsylvania Chapter of the National Organization for Women, among others across the Commonwealth.

For more than 20 years, Judge McLaughlin has worked in the service of her community and the commonwealth of Pennsylvania. She worked as an assistant district attorney in Philadelphia and later as Chief of the child support enforcement unit. Because of her tenacity and grit, she was one of the youngest female Chiefs ever appointed in Philadelphia. She's spent her life dedicated to protecting the rights of children and continued to do so as a member of the Pennsylvania Superior Court, since 2018. There is little question that she will extend that service to protect us all and preserve our constitutional rights as a member of the Pennsylvania Supreme Court.

Too few people are talking about this race and our races for the Pennsylvania Superior and Commonwealth Courts. But we should. The results of these elections could change the meaning of liberty and justice for all.

Jim Wertz is a contributing the Chairman of the Erie County Democratic Party.