If Lil Peep were to muster up a little more humility, he might release something half as interesting as his appearance. 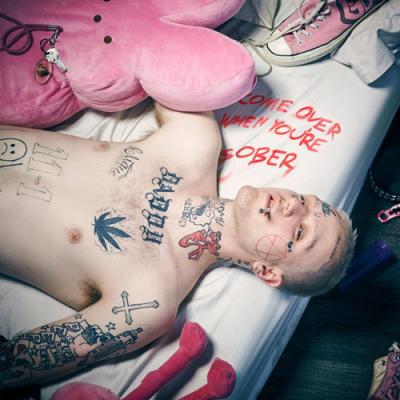 Come Over When You're Sober, Pt. 1

Let's be honest: Lil Peep continues to garner buzz because, love him or hate him, there's something intrinsically interesting about a white SoundCloud rapper with face tattoos exclusively sampling indie rock. The problem is, it's the same intrinsic interest attached to crunkcore circa-2007. Lil Peep has little to say that we haven't heard before from a more nuanced artist (say, Future) on his first studio album, Come Over When You're Sober, Pt. 1. This isn't to say Lil Peep doesn't grapple with real, personal issues. On the surprisingly sincere "U Said," he details a need for companionship, and later, on "Better Off (Dying)," the retreat to substance abuse when that need is not met. But other tracks like opening single "Benz Truck" repeat themselves ad nauseam. Hell, "Save That Shit" doesn't even contain verses — just chorus after chorus connected by a short bridge. Is this satire? Is it good satire? Does it matter? One can't help but think if Peep were able to surpass his gimmick and muster up a little more humility, he might release something half as interesting as his appearance.