The survey tackles pollution, current and past IRG ventures, and toll on Erie County infrastructure 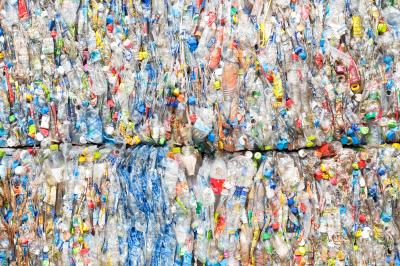 In a press release distributed March 26, the group outlines concerns about the effects the plant will have on the community and the environment as a whole. It draws attention to a connected questionnaire which the group has supplied to regional media outlets, Mitch Hecht – founder and Chairman of IRG, Joseph Prischak – founder of The Plastek Group, Tim NeCastro – CEO of Erie Insurance Group, Erie City Mayor Joe Schember, Erie County Executive Kathy Dahlkemper, members of Erie City and County Councils, and residents of the City of Erie.

Described as "an opportunity for transparency surrounding International Recycling Group's proposed 'supersized plastics recycling plant,'" the survey includes questions such as: "What will other costs, like wear and tear on roads be for the City of Erie and Erie County?" "Will all employees at the sorting facility be paid a minimum hourly wage of at least $15?" and addresses the discrepancy between IRG's claims of support from environmental groups such as The Sierra Club. It also explores plastics in the local environment, past and present IRG ventures, plastics transportation, plastics 1, 2, and 5, and other non-recyclable plastics.

"We want what everyone in Erie wants: the best for our community. While we would welcome fiscally sound and environmentally ethical businesses, we are concerned that basic questions about IRG have gone unasked and unanswered," stated the release.

"We challenge those receiving this questionnaire to consider their constituents, neighbors and

of moving Erie forward in all current and future business opportunities."

The Green New Deal of Erie County, according to the release, is a volunteer group of "passionate residents ages seventeen to seventy. We are students, educators, property owners, and taxpayers united in the belief that our region benefits when representative voices are welcomed into the decision-making process."

Below is the questionnaire in full:

To Whom It May Concern,

Our Erie Community has questions.

International Recycling Group (IRG) has proposed to set up a plastics sorting facility in Erie that would process 275,000 tons of plastic waste annually. No recycling is involved in the proposed operation. Some of the materials sorted out at the plant would provide post-consumer plastic to recyclers, while the balance would be burned in place of coke in the Canadian steel making operation at Nanticoke, on Lake Erie, 47 miles due north of the City of Erie. Despite a barrage of greenwashing and spin in the local media, IRG has avoided answering hard questions raised by Erieites:

Questions on our Communities' Biggest Concerns:
•Will IRG publish its answers to the Erie Chamber and Growth Partnership's Flagship Opportunity Zone Guiding Principles How Does Your Project Contribute to a Better Erie questionnaire?
•IRG states that nothing that is processed at their facility will be going to the local landfill ("zero landfill"). Other sorting operations find that a significant portion of the waste stream is neither recyclable nor burnable. What happens to that material if it is not going to the landfill?
•Most municipalities in the US have single stream recycling systems. How will IRG deal with the very likely contamination of their source material with paper, glass and other non-plastic materials?
•How will 50 trucks per day through the Bayfront affect Erie's lake related blue economy?
•What will other costs, like wear and tear on roads be for the City of Erie and Erie County?
•Will IRG be prepared to deal quickly and effectively with a fire at the facility?
•Will all employees at the sorting facility be paid a minimum hourly wage of at least $15?
•Founder and chairman of IRG, Mr. Hecht, has said repeatedly that IRG's proposal has the support of many environmental groups, including the Sierra Club. The Sierra Club disagrees. Can you please provide copies of all endorsements from any environmental or community oriented group?

Questions Regarding Plastics in our Environment:
•How many tons of flaked, mixed plastic (a/k/a Clean Red®, formerly known as Polycoke®) will be produced when the plant is in full operation?
•Will labels on plastic containers be removed at the IRG facility?
•Please explain how "vaporizing" eliminates all of the elements in plastic?
•What will be released into the air when your product is burned at Stelco's Nanticoke mill?
•How is burning plastic "environmentally safe"?
•Who will be responsible for removing the bits of plastic from the liquid effluent leaving your facility?
•There is an existing plastics problem in our lake. What will IRG do to help clean up what is already there?
•How much plastic dust will plastic processing create? How will that be handled? No filters to the landfill?
•What percentage of the plastic IRG processes will be recycled to create new plastic and what percentage will be used as a fuel and a reducing agent in the steelmaking process?
•Who is responsible for site clean-up if it doesn't work?

Questions for Past and Present Ventures:
•Why did the IRG facility in Spartanburg County SC fail?
•Why did the proposed IRG operation in Indiana fail?
•Shell's Beaver County cracker plant will go online in 2022. How will a huge nearby supply of virgin plastic affect the economics of IRG's plan?

Questions on the Responsibility of Transporting Plastics:
•The Basel Convention on the Control of Transboundary Movements of Hazardous Wastes and their Disposal, to which Canada is a signatory, specifically prohibits the import of mixed plastic waste. What happens to IRG's plan if Canada decides it will not allow waste plastic to be shipped across the lake?
•Will IRG be paying for the plastic brought to the plant or will municipalities be paying IRG a fee to keep that material from going to a landfill?
•Will garbage/recycling fees for individual Erie residents go down as a result of locating your facility in Erie?
•Will Erie Insurance be providing insurance for IRG's operation?

IRG proposes to receive all plastic waste from a 750 mile radius, sort out the 1, 2 and 5s and send those away for further processing—cleaning, melting and compressing into pellets for use in plastics plants. This is the post-consumer plastic which is purportedly in high demand, including by our region's plastics plants.

•Why would municipalities sort out all plastics from their single stream and truck it all to Erie? •Wherever plastic is sorted from other recyclables, don't they sort for the plastics they can sell?
•Who will pay the truck transport to Erie? Why would anyone pay to transport all plastic here for IRG to sort out the lucrative plastic?
•Where are the plants that actually process 1, 2 and 5 into new plastic feedstock?
•Who pays the shipping to the processing facility?
•What is the market for post-consumer 1, 2, and 5 plastics? Are local plants incorporating recycled materials in their products?
•Will IRG really make much money on the 1, 2 and 5 plastics if they aren't selling directly to the plastic plants? How much are the processing plants paying for unwashed, sorted plastic?

This is the plastic that IRG will shred and then sell. Apparently the only customer for this plastic is the Nanticoke steel mill, just across the lake in Canada, with which IRG has a verbal agreement. Mr. Hecht has stated that IRG won't make money on this plastic.

•Why does IRG propose to send its "proprietary blend" of shredded waste plastic (a/k/a Clean Red®, a/k/a Polycoke®) to Canada if it's not going to make money on it?
•Where are the other potential customers for this shredded plastic?
•If there aren't current customers other than the Canadian steel plant, what will IRG do with the shredded plastic while they are finding customers?
•If IRG doesn't have definite customers, will they promise not to add plastic to Erie's landfill?
•Is IRG limiting the amount of plastic they will receive so they don't have a surplus? How will they impose those limits?
•What is the business plan, really? Help us understand what Erie Insurance and the Chamber of Commerce see in this project that convinces them that IRG's proposal is a worthwhile investment for Erie?

These Questions Were Compiled by a Coalition of Concerned Local, Regional, National and International Individuals and Groups.