Gannon University's Carolyn Baugh explains origins, aims of ISIS and how it factors into the upheaval in Iraq 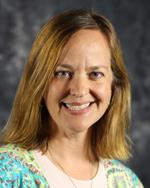 Carolyn Baugh, an assistant professor at Gannon University, where she teaches Middle East history and directs the Women's Studies program, provides some insight into ISIS and the ongoing unrest in and around Iraq. Baugh holds masters and doctorate degrees from the University of Pennsylvania in Arabic and Islamic studies, with a focus on early Islamic law.

Frank Garland: What is ISIS and why should the American public be aware of it?

Carolyn Baugh: ISIS stands for Islamic State in Iraq and the Levant.  The Levant is the area known in Arabic as as-Sham (hence the "S"), or the Eastern Mediterranean, which technically includes not only Syria, but Lebanon, Palestine/Israel and Jordan. However, instead of the whole Levant area, the group is focusing on Syria — so, often, you will see it written as Islamic State of Iraq and Syria.

ISIS is a splinter group of al-Qaeda with whom al-Qaeda has severed all ties.  The reason al-Qaeda has severed all ties is because of the leadership style of Abu Bakr al-Baghdadi.  Al-Baghdadi (that's a title not a real name — it just means "the man from Baghdad) is a figure about whom little is known, he's not a showman or a big "here's my newest video" guy.  He has clashed publicly and repeatedly with al-Qaeda's leader Ayman al-Zawahiri, who took over after Bin Laden's death. Al-Zawahiri does not like al-Baghdadi's tactics or goals.  In particular, the tactics al-Baghdadi has been using include brutality, mass murder, extorting money from local populations -- sort of like the Mafia -- and kidnapping, even robbery.  The goals he has include setting up his conception of an Islamic state in Iraq and Syria.  Al-Qaeda likes the idea of an Islamic state, but the difference is that al-Baghdadi is militantly anti-Shiite.  In other words, he believes Sunni Islam is the only viable interpretation of Islam, and he's willing to engage in ethnic cleansing to end Shiite presence in the region.  The other main difference between al-Qaeda and ISIS is that ISIS has a very specific regional focus.

FG: How did ISIS form and should anything have been done to stop it from gathering strength?

CB: ISIS grew out of the Syrian conflict.  Various groups were pouring into Syria in an effort to respond to the Syrian government's actions against its people.  ISIS was originally an arm of al-Qaeda.  Al-Baghdadi is an excellent military strategist, and he was able to organize strong resistance to the Syrian army.  The group made a lot of high-profile gains, attracting more and more members.  Al-Qaeda has since disavowed the group, and it has flourished in its own right.

If a more structured defense of the Syrian people had been in place, or if Assad's regime had not had the opportunity to brutalize them in the first place, it is possible to postulate that ISIS would never have gained the power or reputation that it has... but that's a game of second-guessing history in which I'm reluctant to engage.

FG: What are the organization's goals and are they achievable?

CB: The organization's goals are to have an "Islamic" state (or "Caliphate") with "Sharia" law covering Iraq and Syria.  From a practical standpoint these goals are not achievable and indeed are frankly ridiculous.  When someone says he wants to bring back "the Caliphate," this is clear evidence of being under the influence of some very revisionist ideas about Islamic history.   Caliph comes from the Arabic Khalifa meaning "successor" or "vicegerent" and who that should be has ALWAYS been a bone of contention.  The only leader around whom there was any consensus was the Prophet Muhammad, who died in 632.  The Sunni-Shiite split is in fact a battle over succession, because Shiites have always believed that the only legitimate ruler of the Muslims would be from the family of the Prophet, and also that the ruler should be the spiritual leader as well.  Shiite Muslims would not accept any potential Caliph fielded by ISIS.  In order to eject all the Shiites from the region -- they are in the majority in Iraq, for example -- would entail mass genocide.  For that matter, the general populace in the region would reject any potential Caliph or Caliphate.  The Caliphate was viable prior to the rise of the nation state; the last Caliphate, the Ottoman with its center in Turkey, was abolished in 1924. Now there is too much national and ethnic sentiment and too many interpretations of Islam to allow for the viability of ANY single Muslim ruler.

Sharia law is the same sort of abstract concept.  It's often tossed around but rarely thought through by terrorist leaders.  Sharia means "divine law" but it's not some codified set of rules you can just set down on paper and say, okay, let's go.  For 1,400 hundred years, Muslim jurists have been trying to sort out what the practical implications of "divine law" are, and there are endless, complex, and irresistibly interesting disagreements that will never be resolved.  The early Muslim scholars themselves acknowledged this, which is why they never claimed absolute knowledge on any point of law, using the words "God knows best" to admit their limitations when rendering opinions. The Kingdom of Saudi Arabia claims it implements Sharia law when it in fact has attempted to codify one set of interpretations by a handful of jurists of a minority school of thought.  The combined populations of Iraq and Syria are something like 60 million people-- of a wide scattering of religious orientations (including many Christians, especially in Syria) and interpretations.  It would be absurd to suggest that such divergent populations would ever accept a single interpretation of what al-Baghdadi or anyone else thinks "divine law" might be.

FG: Why has ISIS been so effective lately?

CB: Well, I'm no political or military analyst, but I would say that their success can be attributed to a few major factors: a weak government in Iraq, absolute mayhem in Syria (coupled with a war-weary populace) and finally al-Baghdadi's military savvy.  Add to this that there is resentment among Iraqi Sunnis of their Shiite-led government (making some Iraqis welcome this invading force), and you get a strong combination of circumstances.

FG: Can the current Iraqi government keep the country from falling apart, or is it inevitable that a united Iraq (at least as the U.S. envisioned it when we went intervened in the '90s and again in 2003) just a pipe dream? In other words, are there just too many deep-seated issues that make one unified country untenable?

CB: Unity in the absence of a strong, absolutist government is going to be extremely difficult.  The Shiites were repressed for so long; Saddam Hussein excluded them from governing, and they will not now easily compromise on their current gains, however weak their government has become.  Being truly democratic and inclusive of their Sunni countrymen can be viewed as a concession or a retreat.  This of course increases tensions and resentments among Sunnis.  Although Prime Minister Nuri al-Maliki's rule is secular, many Sunnis in the country cannot get beyond the fact that those implementing this secular rule are Shiites.

Don't forget, too, that there is a third group vital to Iraq's unity, and that's the Kurds.  Under Saddam's rule, the Kurds in the northern regions of the country were dehumanized and murdered for the crime of desiring their own state.  The desire for an independent Kurdish state has never waned.

Finally, the Iraqi Baathists (the political party of Saddam currently allied with the Islamists), while ethnically Sunni, are also in fact secularists.  Can the current government appease them and meet their needs?  Even if ISIS were to come to power, which is unlikely, the Baathists won't be happy with Islamist rule any more than they are happy with Shiite secular rule.

So no, at this particular point in history, Iraqi unity is looking unlikely.