Loosen Your Limbs — and Wallets — In Support of Hurricane-wrecked Islands 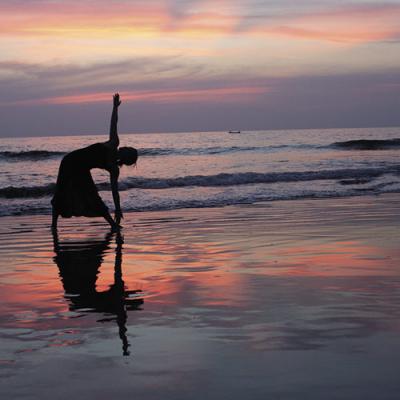 Imagine a beautiful, sandy white beach set against crystalline blue waters, a place where neighbors greet neighbors and strangers alike, no one locks their doors and the population is as diverse as any major metropolis. That was Tortola, the largest island in the British Virgin Islands (BVI). Before.

"Hurricane Irma escalated from a Category 2 to a Category 5 storm overnight — people had little time to prepare for that kind of force. We tried to evacuate, but all flights had gone and the airport shut down," Diandra Jones said. Jones is a survivor of Hurricane Irma, along with her husband Adam, and an Erie native. She saw firsthand that 90 percent of the structures on Tortola were destroyed.

"The situation is still dire," she continued. "People are still homeless…this is a first-world country that was suddenly thrust into third-world status. They are suffering from kidney infections and other illnesses due to unsanitary conditions. Power is not expected to return in some areas until April."

That harrowing knowledge is what led Jones to immediately begin advocating and organizing on behalf of the BVI, her home.

This Black Friday, Jones and her colleague, fellow yoga instructor Betty Amatangelo, will host Yogis Unite for Hurricane Relief in the Erie Art Museum's former yoga studio, above Glass Growers Gallery. Each hour-long session, at 8 a.m., noon and 4 p.m., will give fellow yogis of all ages and levels the opportunity "to honor one's own body, and take time to meditate and contemplate suffering in others."

Donations will be taken and go in their entirety to the organization One Love BVI, which is dedicated to the relief effort; those who cannot attend are welcome to purchase a "Yogis Unite" t-shirt for $25, with the proceeds likewise being forwarded. — Cara Suppa