Further proof that laughter is the best telemedicine 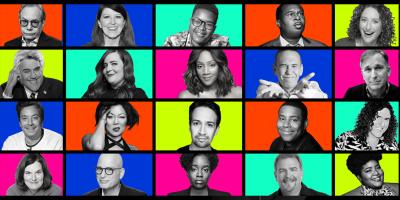 "Lucy! I'm home!" As was so often the case with Ricky Ricardo during the seven-season run of I Love Lucy, so too is it with actress and comedian Lucille Ball's admirers nearly 70 years later. We're home, but we didn't just get here — we've been here for the better part of five agonizing months.

While comedy can't cure COVID-19, it can help alleviate many of our angst-related aches and pains. To that end, the National Comedy Center in Ball's historic hometown of Jamestown, N.Y. has prescribed us a three-weekend dose of laugh therapy in the form of the first-ever Virtual Lucille Ball Comedy Festival. Laughter is the best telemedicine, and this lineup of live-streamed conversations with over 30 comedic artists should not be hard to swallow during a year marked by such hardship.

Interviewees spanning the worlds of stand-up, theater, television, and film will talk about their current work, look back at their careers, celebrate their influences, and share insights about the craft and art of comedy. Their interviewers, by the way, are often pretty accomplished in their own right — for example, Jimmy Fallon (The Tonight Show) and Lin-Manuel Miranda (Hamilton) interviewing "Weird Al" Yankovic or Lewis Black interviewing political satirist Mark Russell. Therefore, matching wits with these comedic titans should not be an issue, resulting in some genuinely hilarious and fascinating conversations.

That should be more than enough to tide us over until the Lucille Ball Comedy Festival returns in the flesh for its 30th anniversary Aug. 4-8, 2021, with headliner Jeff Foxworthy and "Legends of SNL" David Spade, Kevin Nealon, and Rob Schneider.

We can't just laugh this pandemic off, but we can certainly approach next year in better spirits.