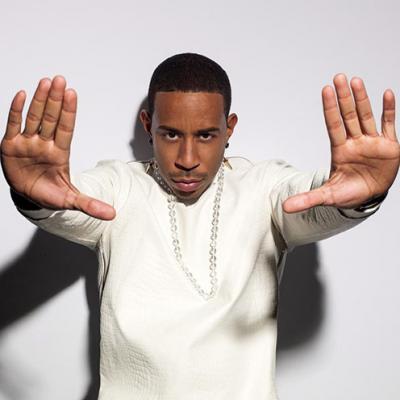 In case you haven't received the news via Word of Mouf, multi-platinum recording artist Ludacris is Back for the First Time as Penn State Behrend's spring concert headliner.

Luda (born Christopher Bridges) rolled out of the Atlanta scene at the turn of the millennium and was a moneymaker for the Def Jam South imprint from the start, with his inaugural single "What's Your Fantasy?" quickly ascending the charts. The "Dirty South" movement would come to dominate the landscape of early-'00s hip-hop, with Luda at the vanguard. With masterful flow and humorous, often tongue-in-cheek treatment of stereotypical hip-hop subject matter (cars, money, women), Luda's wit and charisma endeared him to an entire generation of fans. His career has yielded eight albums (five platinum, two gold) and appearances on 88 singles (51 as the featured artist) – 35 of those have charted in the Top 40.

His most recent album, Ludaversal (2015), ended a five-year drought between records and heavy involvement in Hollywood, particularly with the Fast and the Furious franchise as Tej Parker. Critics hailed it as a return to form after pressing on 2010's Battle of the Sexes, looser without losing lyrical punch (or his patented punchlines). The rejuvenated Luda comes to the Junker Center ready for y'all to "Stand Up."

So clear your calendar and/or tell your other obligations to "move, get out the way." Unless they can do it at the Ludacris concert – because you know it'll be sold out. – Matt Swanseger