Michael Ludwig will make his strings sing, with the Erie Chamber Orchestra under director Matthew Kraemer. 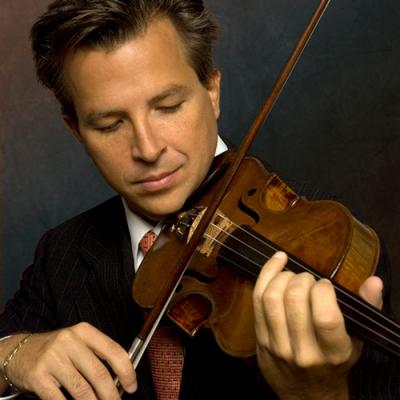 The almighty Beethoven suffered a box office flop? Boohoo, let's all take out our violins.

First performed in 1806, Ludwig van Beethoven's Violin Concerto in D Major, Op. 61 did not enjoy the sort of premiere the composer extraordinaire was accustomed to. Legend has it that Franz Clement, the first violinist to ever perform it, improvised between movements because Beethoven (the consummate procrastinator) had only finished writing the solo section shortly before the debut. Being the showoff that he was, Clement soloed on one string with the violin held upside-down! This here was a "Rockstar," ladies and gentlemen – a whole two centuries before Chad Kroeger of Nickelback.

The piece fell into obscurity until 1844, when 12-year-old prodigy Joseph Joachim resurrected it in a rousing performance with the London Philharmonic under the direction of Felix Mendelssohn. Thousands have been taking out their violins ever since, and not out of pity – the concerto became one of Beethoven's more enduring works, heralded for its bright, lyrical quality. Internationally renowned violin soloist, recording artist, and chamber musician Michael Ludwig will be the latest to make his strings sing, with the Erie Chamber Orchestra providing the backing under director Matthew Kraemer.

The 45-minute violin concerto will be followed by Joseph Haydn's Symphony No. 104 in D Major (HUGE night for D Major fans), otherwise known as the "London Symphony." Unlike Beethoven, Haydn made bank when this ditty hit King's Theatre way back on May 4, 1795 – 4,000 gulden, to be exact (cha-ching). Regardless, concertgoers will cash in handsomely (with nothing out of pocket) with these two landmarks of classical music. – Matt Swanseger