Meet the filmmakers, entrepreneurs, innovators, and ex-vampire slayers putting Erie on the map. 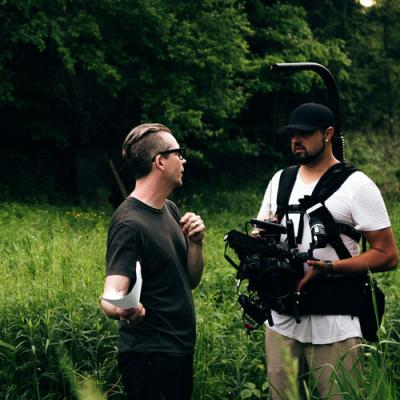 Over the past few years, the number of films made in Erie has grown at a surprising rate. So much so that Girard native Marc Blucas recently found himself back in his old neighborhood to star in a local feature.

Unearth is emblematic of the grassroots spirit taking hold in our region currently, as a new generation of filmmakers, producers, actors, and go-getters are forgoing the high costs of New York and Los Angeles to make independent cinema right at home.

You might remember Blucas as Riley Finn, the earnest, long-suffering, non-vampiric boyfriend of Buffy the Vampire Slayer during the show's fourth and fifth seasons. He later starred in USA's sports drama Unnecessary Roughness and currently plays an abolitionist lawyer on WGN's slavery-themed series Underground.

Blucas is working on an upcoming feature in Erie called Unearth with directors John C. Lyons and Dorota Swies. The film is emblematic of the grassroots spirit taking hold in our region currently, as a new generation of filmmakers, producers, actors, and go-getters are forgoing the high costs of New York and Los Angeles to make independent cinema right at home.

Introducing all of them would be nearly impossible. There's enough good work being done around town to fill an entire issue of the Erie Reader. With apologies to the many people I've left out, here's an introduction to some folks who really inspire us.

While writing the script for Unearth, John C. Lyons wanted to respond to the "several thousand cases of water contamination due to fracking in the state of Pennsylvania." But he wanted to entertain people while raising awareness. Accordingly, he took what he describes as "an arthouse approach to horror, in the same vein as The Witch, The Babadook, and 10 Cloverfield Lane." The result is "a female-led, character-driven film" about two neighboring farm families at odds over hydraulic fracturing.

Sound good? The film's 257 Kickstarter backers seem to think so. Last October, Lyons and Swies turned to the crowdfunding site in hopes of generating $15,000. By the end of their campaign, they had generated $22,620.

With momentum on their side, the husband-and-wife filmmaking team decided to scale up. They hired a professional casting director, local storyboard artist Adam Calfee, and Erie native Ryan Postas (who recently screened one of his projects at the International Short Film Festival at Cannes) as their director of photography. They also hired two Hollywood veterans with a connection to the area.

One was Blucas, who was eager to spend more time with friends and family in the region – and to revisit the Great Lake where he married his wife. The other was Allison McAtee, an Edinboro native who portrays an ambitious political operative on The Haves and the Have Nots, Tyler Perry's highly-rated series for the Oprah Winfrey Network. A few years back, McAtee met Postas on a flight out of the Erie airport. When Unearth went into production, he suggested McAtee to Lyons and Swies, who remembered her fondly from a guest appearance on Showtime's Californication.

McAtee, who devotes herself to a variety of philanthropic efforts in Los Angeles, was especially attracted to the film's message. She describes fracking's potential for water contamination as "an important social issue to make sure that people are aware of" – especially in response to the media domination by the natural gas industry. She also liked the script's creative approach to the issue, because "you can educate people in different ways. Some people clearly learn if they are given facts, and other people might be more deeply impacted if they're touched emotionally."

Though Lyons and Swies have made two features prior to Unearth (2013's There Are No Goodbyes and 2008's Schism), this is their first film to feature industry standard equipment and a team of allies in the Big Apple. "There's a giant difference between what we've done before and what we're doing now," says Swies. The duo recently met with six potential distributors in New York City to share the half-dozen scenes that they've produced thus far – and to brainstorm the film's completion.

Remembering (and re-staging) the Battle of Lake Erie

After Scott L. Reda's son took a job at Gannon University in 2009, he began spending long hours in our Maritime Museum whenever he'd drive out from his home in South Jersey to visit. During these trips, he "fell in love with the subject matter of Oliver Hazard Perry, Lake Erie, and the War."

To build on this enthusiasm, Reda became the executive producer of We Have Met the Enemy, an upcoming documentary about the Battle of Lake Erie that will debut on a cable news network in 2017. "What we want to bring out in this film is Perry's personality," says Reda, as well as "the significance of the battle to the War of 1812, to Canada, to Great Britain, and to our nation today."

When Reda's documentary airs, expect ample footage of present day Erie to offset the interviews and historical recreations. According to Reda, "it's very important, visually, to remind people with contemporary footage that something major took place here."

Along with fellow producers Mark Nixon and John Kuzdale, Reda began working closely with regional experts to bring our history to life. Within the walls of the lovely Watson-Curtze Mansion, they filmed interviews with Walter Rybka (Senior Captain of the Erie Maritime Museum & U.S. Brig Niagara) and William Garvey (President of the Jefferson Educational Society). Reda cites Captain Jaime Trost, the project manager of the Maritime's ship-building Porcupine Project, as the production's "rock star" because of his on-screen charisma during interviews.

Reda's team also employed local talent for the production. Ferralli Studios supplied them with a sound engineer and a grip truck for tracking shots. They hired two student interns – one from Gannon and one from Penn State Behrend – and formed productive partnerships with the Greater Erie Film Office, the Historical Society of Erie County, and Presque Isle State Park.

When the documentary airs, expect ample footage of present day Erie to offset the interviews and historical recreations. According to Reda, "it's very important, visually, to remind people with contemporary footage that something major took place here." 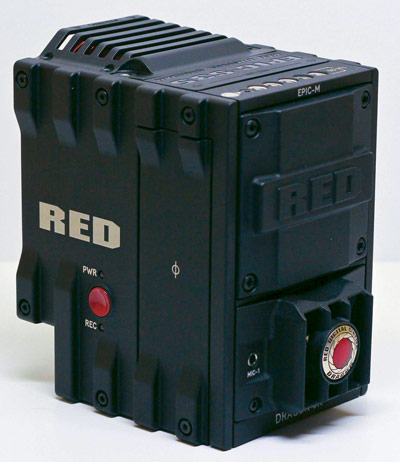 Both Unearth and We Have Met the Enemy rely heavily on Penn State Behrend for state-of-the-art film supplies.

This is thanks to Greater Erie Arts Rentals (GEAR), a initiative designed to "provide the local and regional film making community with affordable, professional grade film making equipment, develop a film culture and economy in Erie, and at the same time allow students to learn about film making," according to Professor Sharon Dale, program chair for Digital Media, Arts, and Technology. GEAR began after Dale turned to Samuel Black III, the chairman of Erie Management Group, LLC, for a generous donation that allowed the university to buy Hollywood-level production resources.

According to manager Rob Frank, "we have everything you could need for a small budget indie production." He's not kidding. For example, as Reda's production headed to Newport, Rhode Island for additional filming, he assumed he would secure the digital media cards he needed in Boston. Instead, GEAR sent him off with the necessary equipment. In fact, clients from as far away as Los Angeles have relied on them for supplies.

Frank is especially excited about GEAR's educational potential: "There are a lot of local people who are aspiring filmmakers. And they may have simple equipment, but they have great concepts and good ideas. This could very well be a stepping stone for them to use something that is considered industry standard."

Carly Larson, who works as a production designer and construction coordinator in Los Angeles, is committed to bringing cinematic talent back home whenever possible. "There are so many great places to film in Erie," she says. "That's why I'm such an advocate for it."

If GEAR's clientele is in need of support, Grant Larson Productions is only a few blocks away from Behrend's campus. Entrepreneurs Tim and Mary Grant Larson originally intended the company to produce educational videos to supplement their textbook and software development company, Larson Texts. More recently, they've begun lending their support to a variety of independent films – some of which were filmed in our region.

For example, Tom Fox Davies' 2015 feature Before the Border (aka The Underground Railroad), in which an African-American law student retraces the historical path of the underground railroad by foot, made use of over 70 locations in Erie and Ashtabula counties, especially Allegheny College. Tim Larson recently directed a short of his own titled Age of Kaos, which just screened at the famous Mann's Chinese Theatre in Hollywood and will travel to the San Diego ComicCon in late July.

His daughter Carly Larson, who works as a production designer and construction coordinator in Los Angeles, is committed to bringing cinematic talent back home whenever possible. "There are so many great places to film in Erie," she says. "That's why I'm such an advocate for it."

Feeling inspired? When it comes to local innovation, I've barely scratched the surface.

There's also MenajErie, a marketing-focused video production company with a documentary project in the works, and a staff devoted to creative endeavors. Howard Glover's Threegloves Production is the go-to source for local bands looking to break out with a well-crafted music video. Erie's youngest filmmaker may well be Jack Rys, who finished a feature-length film called Paper Planes before he was through with his freshman year of college. And no discussion of Erie's film scene would be complete without mention of horror maestro Len Kabasinski, who has averaged one action-packed feature per year for the last decade. With titles like Skull Forest and Warriors of the Apocalypse, he always delivers the goods for the gore hounds.

MenajErie's Leah Taylor, who also worked as a production assistant on Age of Kaos, captures the spirit of our film scene nicely: "I think there is a really strong film community in Erie, and the more we can do to unite all the different people who are making music videos, films, and simply making their way, is really positive."

More and more, we have the energy – and the technology – to bring our most talented innovators together.