Making the Most of a Historic Crisis 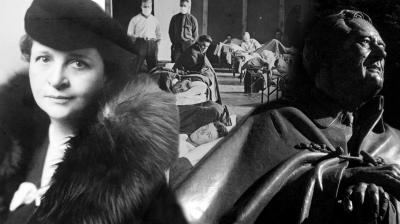 In the United States, economic recessions are hardly a novelty — the late scholar and economist Victor Zarnowitz counted at least 47 between the country's founding and 1996, and since then there have been at least three more in 9/11, the Great Recession of 2008, and the current COVID-19 crisis. When it comes time to respond, however, each climb out seems newly daunting.

We can begin to find our footholds through the examples of both our predecessors and our contemporaries, who have either found or are finding ways to transform challenge into opportunity. A cohort from the Jefferson Educational Society consisting of Andrew Roth, Judith Lynch, Pat Cuneo, Ben Speggen, Angela Beaumont, and Colleen Dougherty took a deep dive into the history of American disaster response in a report entitled "Erie and Crisis: Region Faces Unique Opportunity to Reimagine Itself," edited by JES President Ferki Ferati.

Because of the open-endedness of the ongoing pandemic, the full magnitude of our economic descent has yet to be gauged. How long is the way back up? Epidemics and pandemics — and there have been many (yellow fever in the late 1700s; cholera and scarlet fever in the 1800s; typhoid fever, Spanish flu, diphtheria, polio, and measles in the early 20th century) — have historically portended recession. As you might assume, not all of them were handled well, but those that were have offered some interesting takeaways that might be prescriptive in handling our present predicament.

First off, short of a vaccine or cure, social distancing and quarantining are the only ways to limit infection rates and deaths. For example, consider how Philadelphia addressed the Spanish flu pandemic of 1918 (allowing 200,000 to pack the streets for a parade) versus how St. Louis did it (canceled a similar parade) — the Gateway City suffered one-eighth the casualties of the City of Brotherly Love. Large public gatherings are like pouring gasoline on a flame. Secondly, community spread is real — during the typhoid outbreak of 1907 in Manhattan, an asymptomatic cook named Mary Mallon ("Typhoid Mary") unwittingly transferred the disease to her clients and their families. The usefulness of contact tracing would soon become clear.

These methods soften the blow to public health and reduce an economy's time under tension, but actually recovering from a recession (regardless of cause) is contingent on three factors, the report's authors argue:

In their recommendations for an economic rebound from COVID-19, accelerating the progress that had been made prior to the outbreak, the authors suggest the following:

The report echoes the Stanford University economist Paul Romer in concluding that "a crisis is a terrible thing to waste." Given the choice between innovation and stagnation, the answer is obvious.

The full report can be read here.