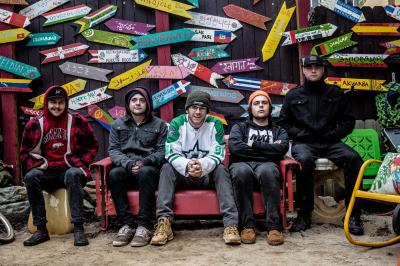 Though it's taking place at PACA, this show is being hosted by The Andromeda Agency, a new force in the Erie DIY scene.

Elvis Maryshine, owner of The Andromeda Agency expressed her excitement for the upcoming show. "This is Mallory Run's first home show since June," she said, continuing, "and first home show of the college semester. "

In mid-April, the band dropped Spin, a five-track EP. The release is the band's first since 2016. "Being our first release in over a year, we really tried to take our time and perfect the songs in the mix," Mallory Run bass player Albert Kotala said, continuing, "(We) took out time releasing it because we felt very strongly about the quality of this EP and didn't want to rush anything."

The 'Boro hard-rockers will play alongside their Erie neighbors The Real Fake Doors, a punk band who has recently come onto the scene, and Lyle Sallade (of The Wildeyes). The PACA show will be Sallade's first show promoting his solo project.

Young Culture of Albany, New York will disrupt the hometown uniformity of these Erie County acts and is on its way to big things, Maryshine said. "Young Culture...is breaking out. (They) just announced they were signed to Equal Visions Records, their new single, 'Drift,' has been featured on Spotify's 'New Punk Tracks' playlist." — Hannah McDonald