Mallory Run Packs Them In at PACA

by Hannah McDonald
View ProfileLinkedInRSS Feed
December 5, 2018 at 11:45 AM 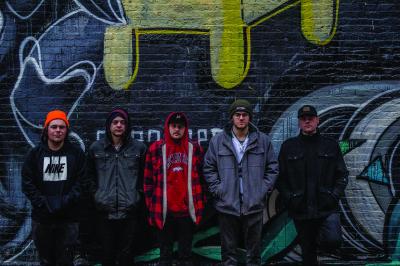 Mallory Run's last show at PACA was a milestone for the Erie music scene — selling out on a Wednesday night — and hopes are high for the local punk band's return to the venue.

Joining Mallory Run on Dec. 9 will be Columbus, Ohio's Overgrow and Ottawa's Castlefield. Overgrow is the alternative- and punk-inflected solo project of guitarist and singer Jake Ciccotelli. Overgrow's first EP coincidentally turns a month old on the date of the PACA show. Castlefield, an emo band, is hitting Erie as their last stop on a winter tour before taking a holiday hiatus. In addition to these bands, Erie welcomes solo artists Rare Candy and Corbin Giroux.

Touring as Rare Candy, Alex Wieringa from Chicago's Belmont has "a [better] chance to slow down, and approach a song with more of a personal touch," than he does with the band. "It's more personal and I feel it connects to those listening in a way that's one-on-one," he said.

When Giroux tours alone instead of with his band Rarity he said, "I sing a lot softer and am a lot more vulnerable in the music."

Both solo artists are familiar with Erie, having made tour stops in the city with their bands and, as Giroux said, "honestly can't wait," to be back. — Hannah McDonald

Music
12/9/2018 from 7:30 PM to 11 PM
PACA, 1505 State Street, Erie, PA 16501
Mallory Run is Returning to PACA to headline again after a sold out show in September. Alongside Mallory Run will be Castlefield(Ottawa, ON), Overgrow(recently signed to Common Ground Records; Colu...
Mallory RunPACARare CandyOvergrowCorbin GirouxCastlefield