The Welsh alternative band that has always used its music to rail against war, injustice, and apathy tones down their politics a bit a delivers a catchy and likable album. 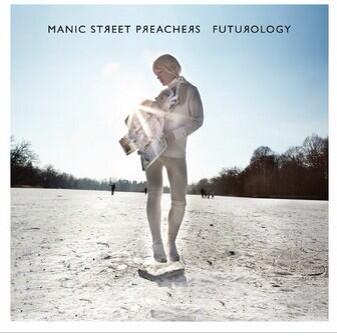 The Welsh alternative band that has always used its music to rail against war, injustice, and apathy tones down their politics a bit and delivers a catchy and likable album.  Frontman James Dean Bradfield's vocals can be soaring, soulful, and gritty, but here are often layered and compressed into an over-processed blandness - especially on the first two tracks which clone each other with the same flat tempo, structure, and style. Get through the beginning and a stylish retro '80s feel pervades the rest of the album - especially on "Sex, Power, Love and Money" and the catchy "Misguided Missile" that drive hard with punk rhythms and ringing guitars. Within a very European sounding album is some pop fare, which has potential to hit the charts in the USA – especially "Between the Clock and the Bed," which got some legs when it was pre-released and the introspective ballad "Divine Youth" that features vocalist and harp player Georgia Ruth. – Bryan Toy