Melissa Errico: In Conversation and In Song 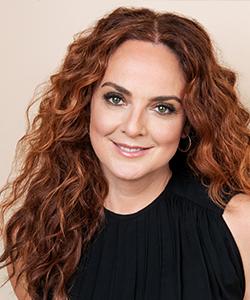 Children may not obey, but we sure will listen — and see and learn. That's because when it comes to enlightening entertainment, the Mercyhurst Institute for Arts and Culture has repeatedly given us a way to turn.

Although we're far from out of the woods in regard to this year and its consequences, MIAC has dotted the coming months with a number of safe clearings — in the form of world-class virtual performances. The latest of these will feature Broadway actress, singer, and Sondheim savant Melissa Errico. Her 2018 album Sondheim Sublime was hailed as the "best all-Sondheim album ever recorded," referring of course to legendary musical theater composer and lyricist Stephen Sondheim.

In addition to Sondheim classics like Sunday in the Park with George and Passion, the 50-year-old mother of three has starred in productions of Les Misérables, My Fair Lady, Call Me Madam, Camelot, The Sound of Music, and Finian's Rainbow. She received a Tony nomination for her performance in longtime collaborator Michael Legrand's Amour; Drama Desk Award nominations for Passion, The Importance of Being Earnest, and Candida; and won the Lucille Lortel Award for Outstanding Lead Actress in Kurt Weill and Ogden Nash's One Touch of Venus.

When she's not embodying characters on stage, she's giving them a voice in the studio through her celebrated recording career or sharing her own as a contributor to the New York Times, wellness/lifestyle magazine The Purist, and various other publications. As a philanthropist, she's active in a medley of causes, including eradicating homelessness and poverty, LGBT rights, and connecting communities with the arts.

On Wednesday night, she will play true to that giving spirit as MIAC presents "Melissa Errico: In Conversation and In Song," a one-hour program available absolutely free of charge to both the Mercyhurst community and the Erie community-at-large. Brett Johnson, director of the Mercyhurst Theatre Program and artistic director of MIAC, believes the performance will be just what the doctor ordered.

"Admittedly, many of us are tired of staring at computer screens and have other things to worry about, but I also think what we're offering is invaluable in terms of lifting people's spirits and making them feel less isolated and less alone during this challenging time," he asserts.

After two hours on the phone with Errico, he's more impressed with her than ever. "She's not simply recycling material from previous concerts, which is fairly common. We're in for a treat!" He added that "the finale by itself will be reason enough to tune in."

Blessed with a purity of tone and a gift for dramatic expression, Errico is a talent you and/or your children will definitely not regret listening to.