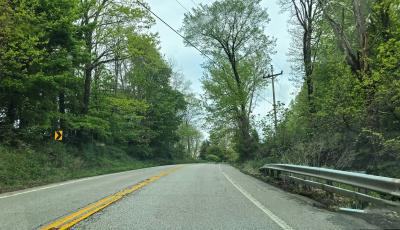 When the going is good, people are more likely to go farther. As the unofficial start to summer,  Memorial Day Weekend is traditionally a boon for travel — according to last year's AAA Memorial Day travel forecast, 43 million Americans were in transit. A record 37.6 million of them hit the road for family reunion cookouts, pool parties, beach getaways, camping trips, and other adventures of all sorts.

With this year's global pandemic, AAA elected not to issue a Memorial Day travel forecast at all — for the first time since they started doing so 20 years ago. Nonetheless, the expectation is that 2020's numbers will trail those of the worst year on record (or best if you hate traffic), 2009, which saw 31 million U.S. travelers (26.4 million of them motorists). That year came at the tail end of the Great Recession; this year comes at the head of another recession along with the usual angst that accompanies an election year.

Even before COVID-19 swept through the U.S., international travel was due for a drop based on patterns in previous election years, as Americans are unsure of how foreign policy will affect the economy and international relations. AAA's pre-pandemic prognostications seemed to align with this, as an early March survey indicated that 90 percent of 173 million American vacations booked would stay within domestic borders.

Many of those getaways have since gotten away from us, at least as originally intended. But just because plans have changed doesn't mean they've been canceled altogether. Americans are staying closer to home as opposed to staying put, favoring local or regional journeys over cross-country trips. For many, that might be as simple as hopping in the car and going for a ride.

Northwest Pennsylvania just so happens to boast the westernmost section of our region's most scenic drive in the Great Lakes Seaway Trail. The 518-mile route stretches from the Pennsylvania-Ohio border all the way to the U.S.-Canada border at the Seaway International Bridge near Massena, N.Y. The majority of the trail follows the coastlines of Lake Erie and Lake Ontario for some truly picturesque views.

Two of the main attractions in the Erie County swath remain open in Erie Bluffs and Presque Isle state parks, each a trove of natural wonders in its own right — we recommend an early morning or sunset drive to experience peak splendor. Afternoon drivers would encounter several North East wineries still open for bottle sales (no tasting or gathering) —  worthwhile souvenirs to collect before heading back home to dream of greater escapes.

The fair-skinned Matt Swanseger takes to the sun like an anvil to ballet, but is still looking forward to the warmer weather. He can be found cowering from the ultraviolet light at mswanseger@eriereader.com