Mercyhurst Brings The Canterville Ghost to Your Machine 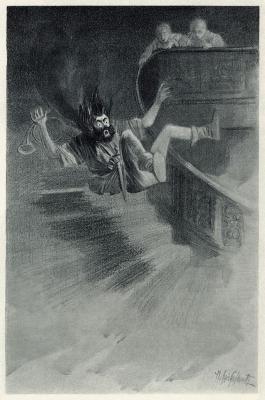 The funny thing about ghosting is that you get used to it. Later on, you may even learn to laugh about it.

That's certainly the case in Oscar Wilde's The Canterville Ghost, the silly-spooky Oscar Wilde short story originally published in 1887. The hijinks begin when Hiram B. Otis, American Minister to the Court of St. John's, moves his family into the historic Canterville Chase in the English countryside despite warnings of it being haunted. Sure enough, the grounds of the castle are indeed stalked by the titular apparition of Sir Simon de Canterville, a disgraced English nobleman with a certain flair for the dramatic. Unfortunately for Canterville, not only are the Otises dismissive of and unimpressed with his theatrics, but they also give it right back, setting a series of traps to unnerve the wretched soul. Can't anyone take him seriously?!

The Mercyhurst Theatre Program is giving you the chance to find out this weekend with four virtual retellings of Canterville's macabre hackjob, adapted to stage by Mary Barile. The award-winning playwright and historian, who previously collaborated with Mercyhurst in the productions of A Dickens of a Carol, Anne of Green Gables, and Oh, Whistle, and I'll Come to You, My Lad: An Erie Ghost Story hopes the tale resonates like a dropped hardbound book in an a dimly-lit study.

"Oscar Wilde's well-loved spirit was conjured for his children's story hour, and Sir Simon remains a favored role for actors like Charles Laughton and Sir Patrick Stewart," Barile said. "Along with the humor and scares, the story emphasizes a belief in the inherent kindness of people, something we can all appreciate and need right now. I hope this production will introduce viewers to one of the 19th century's classic ghosts and more Wilde humor."

The prospect of Zoom rehearsals and performances have definitely not scared away theatre program director Dr. Brett Johnson and his talented cast of students, who have adjusted their process along the way. "I miss being in the rehearsal hall with our students, but I've also enjoyed the challenge of adapting our rehearsal process for an online platform, experimenting with different ways of storytelling, and troubleshooting our technical problems," Johnson explains. "Zoom theatre is here to stay, so I hope we can become more conversant and creative with the technology."

Register to watch for free before the opportunity disappears.