A preview of this year's thriving, thrilling, and trailblazing acts 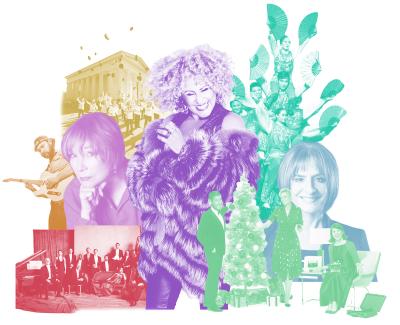 This past year, if you've been looking for something interesting to do around town, you've had options. There are always beer events, cultural festivals, concerts on the bay, celebrations on the beach, block parties (on the … block), baseball games, hockey, imaginative theater performances — in other words, the Erie we have come to know and love. Once a month or so, though, an extraordinary event, something beyond the usual, might have caught your eye.

There film and TV star Lily Tomlin. Music virtuoso Judy Collins. Broadway powerhouse Audra McDonald. They performed in Erie as part of the Mercyhurst Institute of Arts and Culture (MIAC)'s seasonal program, a series of evenings that seek to fulfill the MIAC mission statement: "[to strengthen] the vibrancy of the Erie region by presenting world-class performing arts experiences that lift the spirit, galvanize the intellect, stimulate the imagination and encourage the free exchange of ideas. By making these programs available and accessible to the broadest possible audience, the Institute strives to create an environment of richly varied, inclusive cultural experiences."

Mission: Accomplished. And last year's success has set the bar for this upcoming season.

"Because we sold out every MIAC Live performance last season, and received such an overwhelmingly positive response from patrons, the challenge became, 'How do we maintain this level of programming?'" said Brett Johnson, programming director for MIAC.

Scheduling can be a challenge — Johnson tries to finalize the lineup for the upcoming season by the January or February before, as "the performers we bring to Erie are still at the height of their creative powers and have incredibly busy film, television, theatre, and concert schedules." However, the people who comprise MIAC work together as a determined and well-oiled team, and this upcoming season promises showstopper after showstopper.

This comes in a time when schools are forced to cut arts programs or severely limit their budgets, greatly endangering our connection and accessibility to the performing arts, which not only but often illuminate truths about human nature or remind us of the very best of human possibility. Johnson is exceedingly grateful for "the support of the Mercyhurst administration" and "the generosity of our donors and members of The 501," referring to MIAC's membership society for patrons (named after the university's address). He describes the model for MIAC as "sustainable," ensuring that for years to come, the great, shining talents of the performing arts world will continue to light up the Flagship City.

While Erie might not seem like an obvious destination for a big-name star to come and perform — more like a detour off of a performance in Pittsburgh or Cleveland — Johnson and his team are incredibly proud of the fact that while audiences are wowed by the talent of the artists who come into town, "nearly every performer who walks through the doors of the Mary D'Angelo Performing Arts Center comments on the beauty of the venue and its acoustics." He added, "They also inevitably mention how wonderful our audiences are and how everyone, both on campus and in the community, has made them feel welcome."

That also sounds like the Erie we know and love. 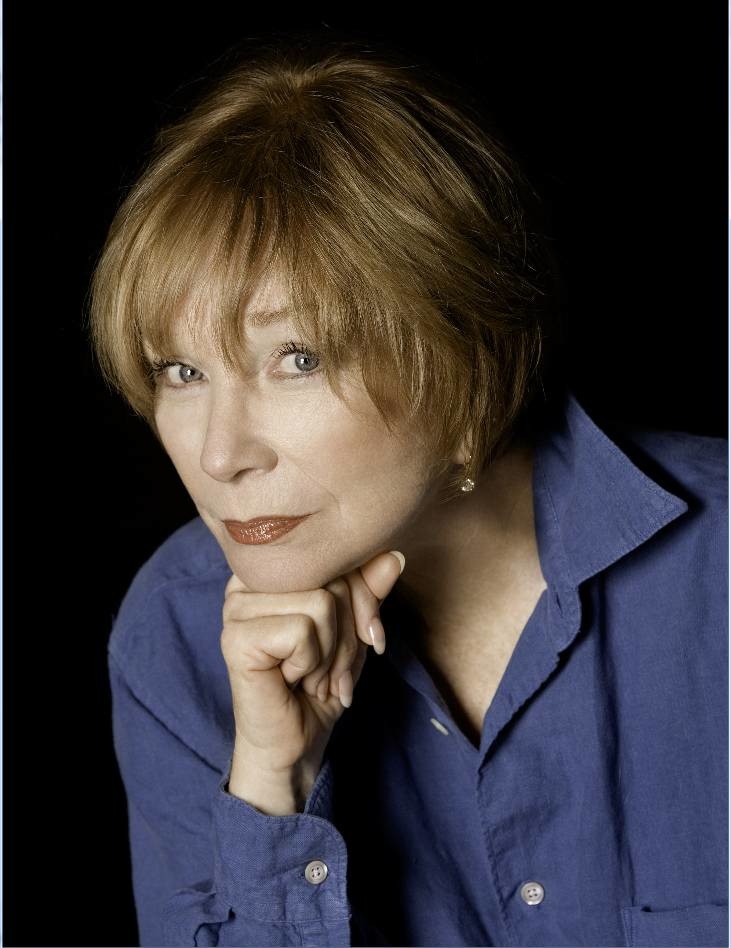 An Evening with Shirley MacLaine

If golden statuettes were the sole indicator of theatrical talent, one would assume Shirley MacLaine — who has nabbed one Oscar and seven Golden Globes throughout her illustrious career — represents the pinnacle of accomplishment. One would, in fact, be quite correct in that assumption. From her first film in 1955 (The Trouble With Harry to her upcoming feature set to be released in 2019 (Noelle), Ms. MacLaine has been commanding the screen for decades, and come September she will reflect on that while revealing many insights and observations collected along the way.

An "incredible diplomatic opportunity to represent a broader, more inclusive America … the America which remains the most heterogeneously populated country in the " is one way that Thomas Lauderdale, the bandleader pianist for music sensation Pink Martini, describes his dozen musician-strong outfit. Having traveled and performed around the world, featuring songs in a variety of languages and spanning genres such as classical, pop, Latin jazz, Pink Martini is like the cocktail in its name: sophisticated, glamorous and playful. 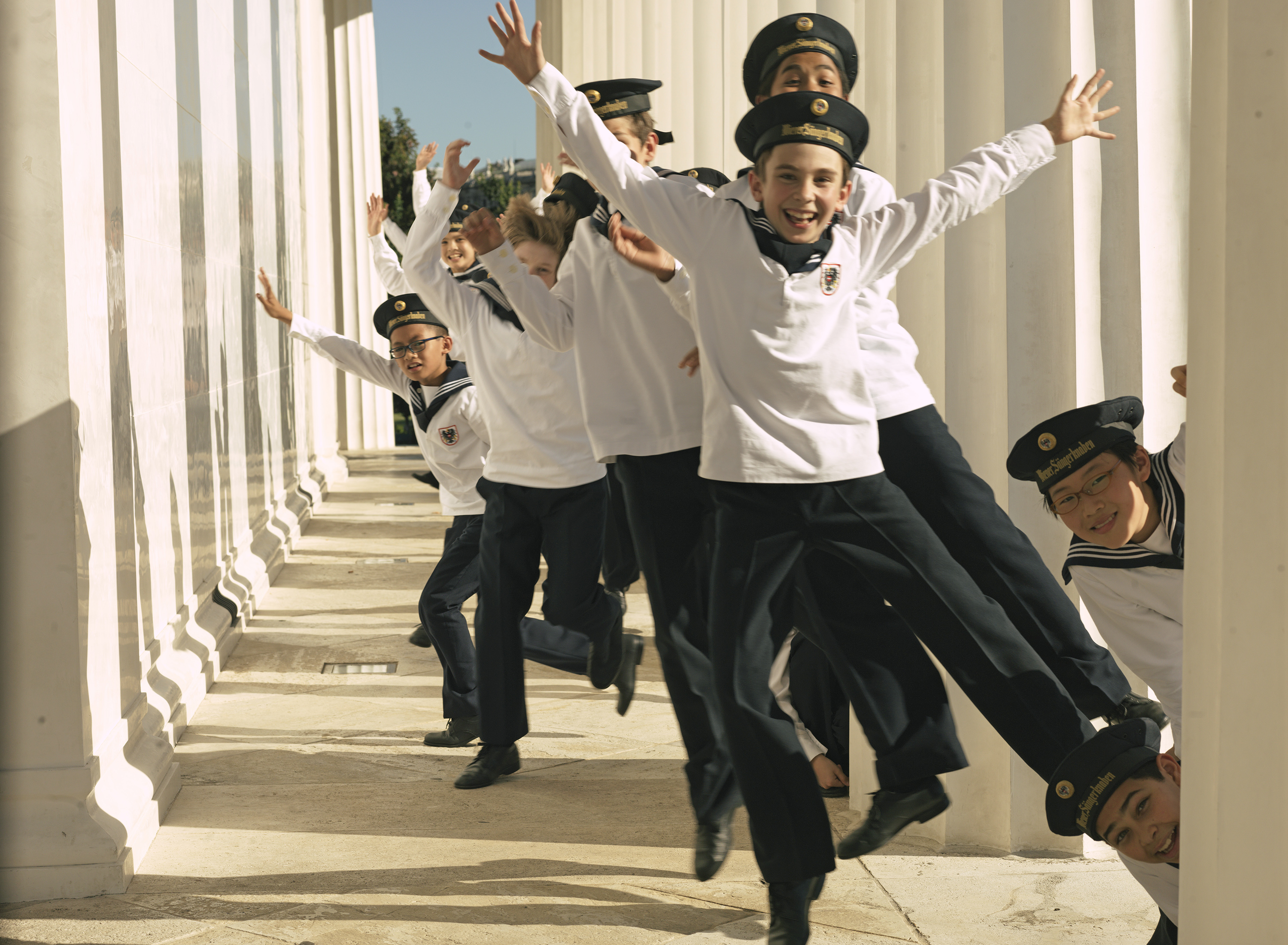 The history of the Vienna Boys Choir dates back to the late Middle when this organization was officially established by the Emperor Maximilian I of Habsburg, who clearly felt the Mass could use a little melodic face-lift. Fast-forward through the centuries, and after performing with the likes of Mozart and Schubert, the 21st century Vienna Boys Choir actually comprises four touring groups made up of boys ages nine to 14. While the boys perform across many genres, from the Medieval music of their origins to more contemporary tunes, they are perhaps best known for their renditions of Christmas standards, thus making the Vienna Boys Choir's performance in Erie the perfect start to the holiday season. 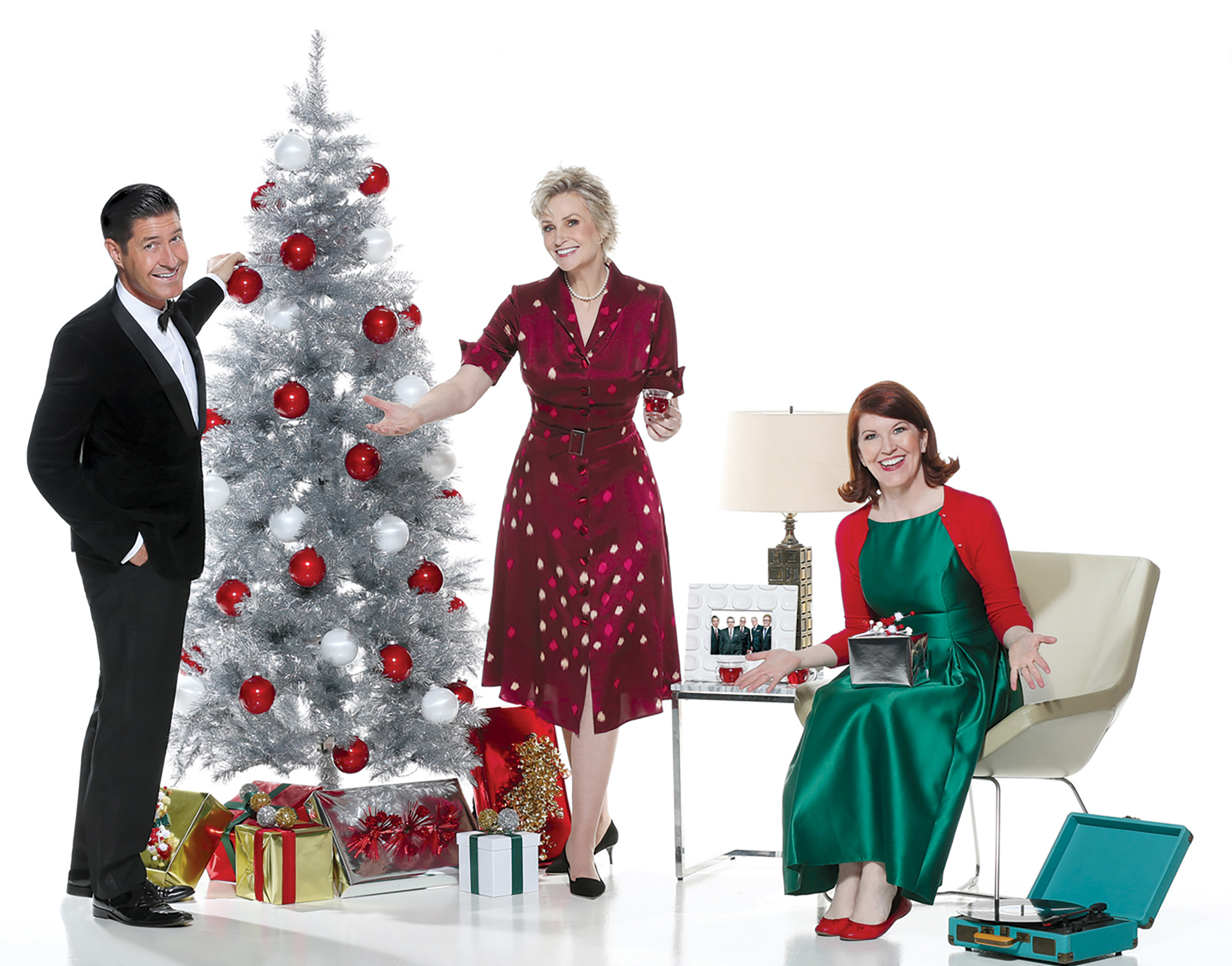 Whether you first saw her beside Steve Carell in The 40-Year-Old Virgin, in her Emmy-winning turn as Sue Sylvester in Glee or, more recently, in her brilliant role as Sophie Lennon in The Marvelous Mrs. Maisel, you have never seen Jane this. With friends Kate Flannery (of The Office fame) and Tim Davis by her side, she performs "a comically kitsch throwback to the old WWII USO canteen…Christmas specials of yore," backed by the jazzy Tony Guerrero Quintet. If you can't wait until December, check out the Swingin' Little Christmas album, released in 2016.

Ever take a song you know very well and start singing it in a completely different genre than the original artist intended? (Imagine the 1812 Overture as a swing standard; you can't that now.) That's kind of what Scott Bradlee continues to do with his Postmodern Jukebox, but to an expert degree, with a rotating collective of singers who perform his pop-gone-vintage arrangements that have garnered his YouTube channel more than 700 million views. After a sold-out show last season, Bradlee is back in Erie to lift the spirits during one of the coldest, snowiest times of our year. 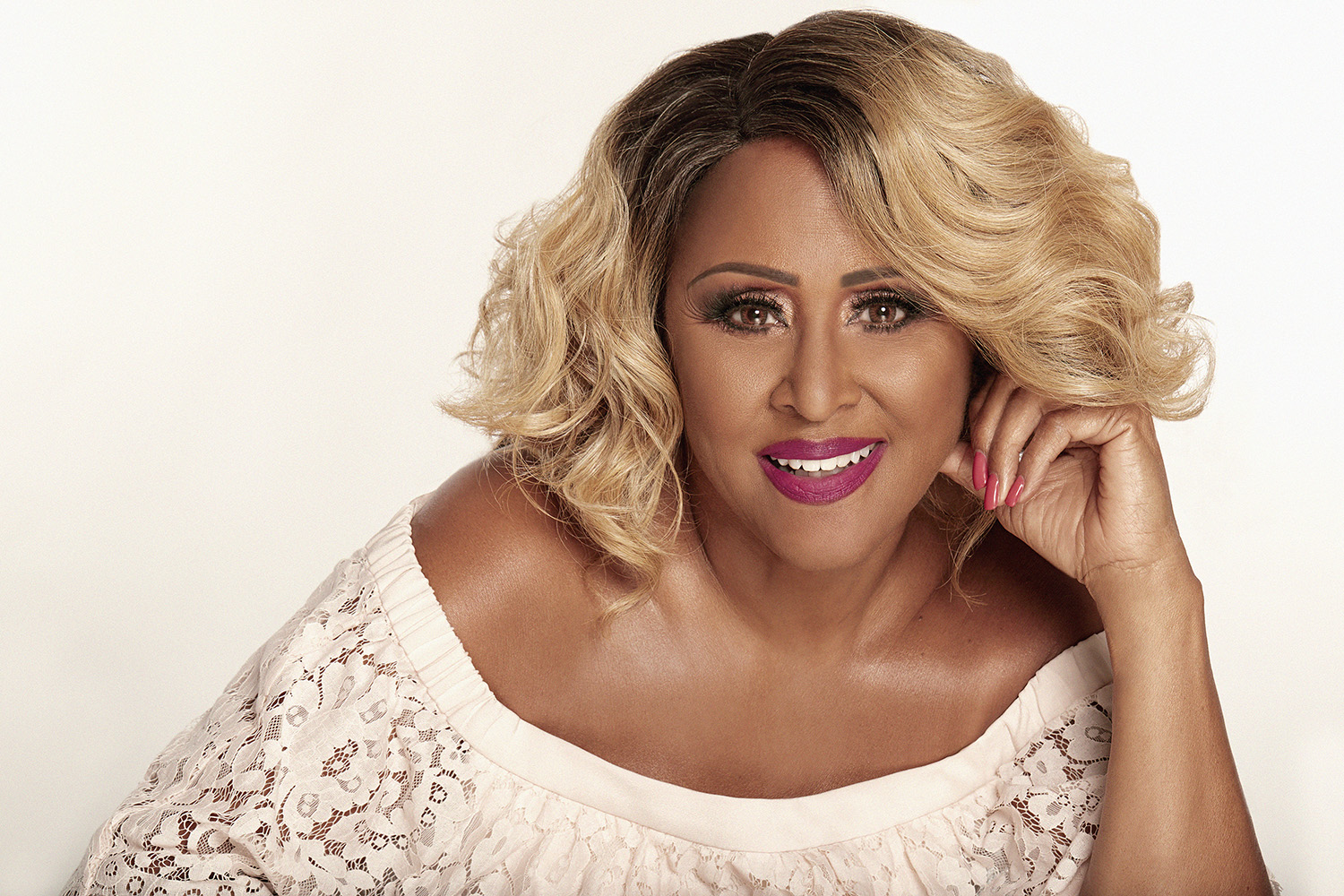 Just two days after Valentine's Day, Darlene Love is bringing her joyful gifts to Erie for a perfect date night filled with pop and gospel music. With her successful solo career in the '80s, you might be surprised to learn there is a bevy of pop classics with which Love was associated in the '60s and '70s. As anyone who has seen the Oscar-winning documentary 20 Feet From Stardom knows, her name might not necessarily have the immediate recognition that a Dionne Warwick commands, but Love was working just as hard as any of the pop superstars of those days, in a frenzy of recording and performing activity. As one of the most prolific singers ever, with a voice like a "thunderbolt," Love is now front and center, right where she belongs. 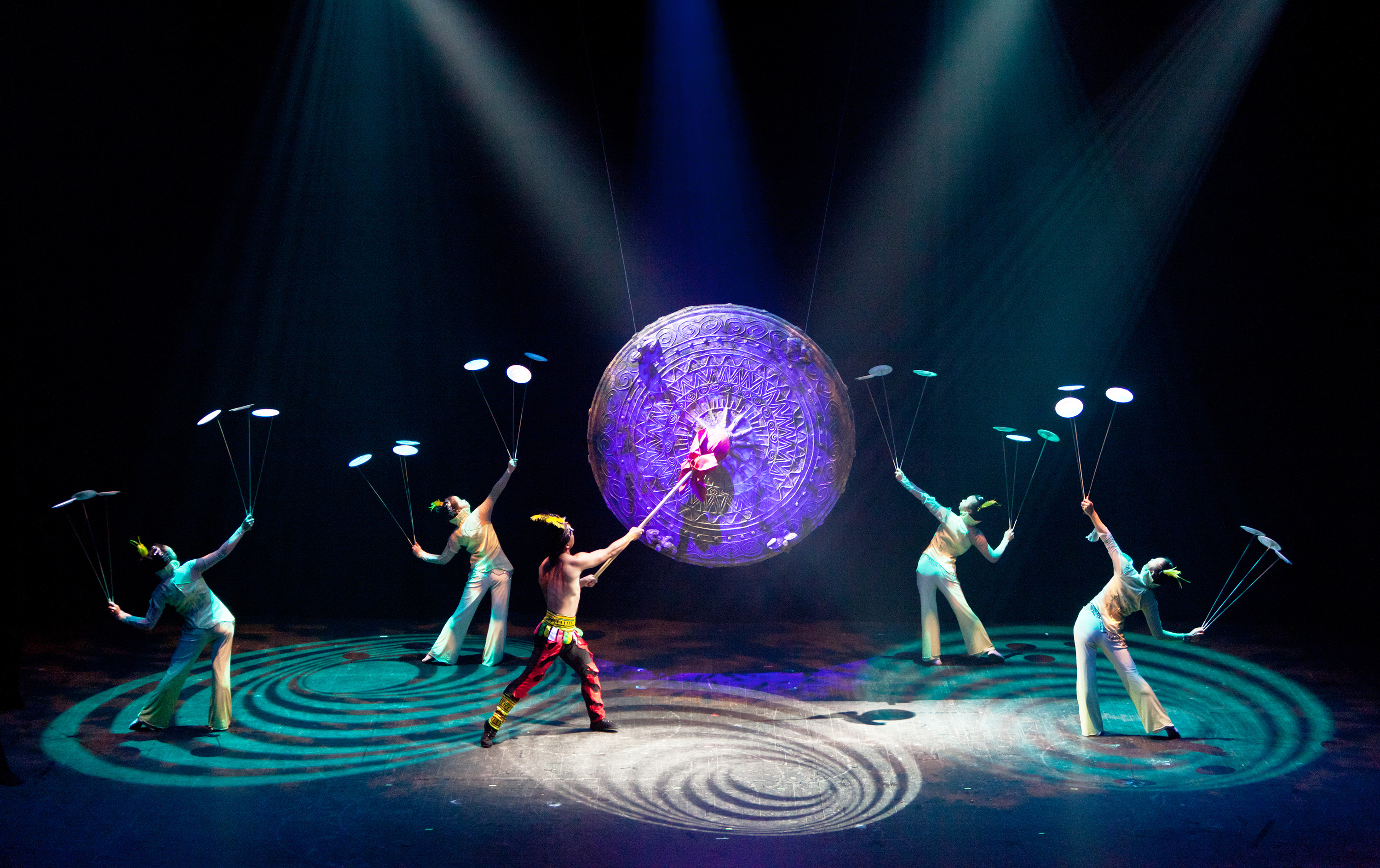 In the United States, we can have a difficult time contemplating things that happened 200 years ago, let alone 2,500 years in the past. So it is fortunate when companies like the Golden Dragon Acrobats, who represent a tradition that is 25 centuries old, come through Erie to remind us all of the extraordinary techniques, untold discipline and love of performance that time. Further, the Golden Dragon Acrobats have a firm commitment to "cultural exchange" with the communities they visit and the young people they engage with.

Some really talented artists in the realm of theater and music have emerged from Carnegie Mellon's School of Drama over the years, and the PigPen Theater Co., a group which met there in their freshman year, is no exception — except, perhaps, for the fact that the company blends mediums with effortless panache, and ties it all together with a brilliant, folksy bow. While the PigPen Theater Co. made a name for themselves with their original dramatic productions on the stage in New York City, this intimate concert event will feature the group at their instruments, producing the same haunting sound that populates their albums. 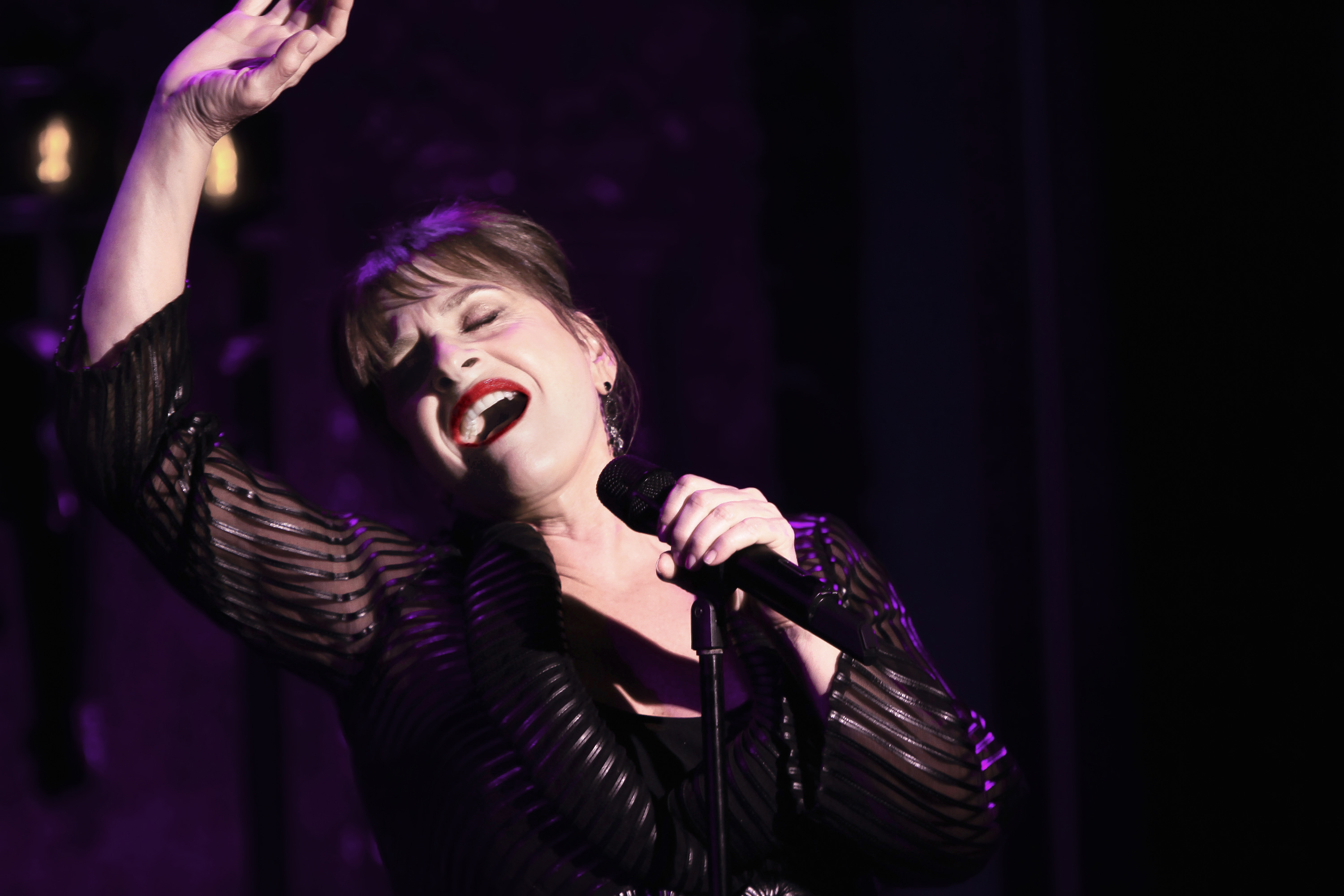 How do you define "legend?" Easy: check out Patti LuPone's illustrious career and commanding personality. She got her start in the 1970s, after graduating from Juilliard and picking up plum roles in Broadway musicals. She has been attached to some of the most famous and popular Broadway shows ever produced, including Evita, Anything Goes, and Les Miserables and she moves effortlessly between theater, film and television appearances. Her appearance in Erie, as the season closer, is nothing short of miraculous, particularly for fans of musical theater, who will be treated to a variety of show tunes, intermingled with LuPone's reflections on her stage career, as well as musings on where Broadway might be heading. A singular, can't-miss showstopper, from top to bottom.