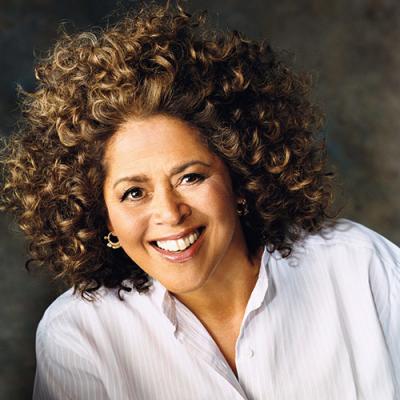 Known for her unique performances that discuss meaningful topics like race and social inequality through one-woman plays based on real interviews, Smith will be performing Reclaiming Grace in the Face of Adversity.

The New York Times described Smith as "the American theater's most dynamic and sophisticated oral historian," while Newsweek called her "The most exciting individual in American theater."

In Reclaiming Grace, Smith will discuss the power of kindness, imagination, and hope. She will deliver several monologues in which she acts as people who displayed extreme grace and compassion to overcome the obstacles they encountered and ultimately transcend their challenges.

Smith is probably best known for her plays Fires in the Mirror and Twilight: Los Angeles, which was nominated for a Tony Award. Notes from the Field: Doing Time in Education, one of her most recent works, looks into how school suspension can lead to further trouble, and in Let Me Down Easy, she dived into the complex and dubious topic of healthcare to share her findings with audiences.

She has received the 2013 Dorothy and Lillian Gish Prize, the National Humanities Medal, and a MacArthur Foundation "Genius" Grant.

The show is expected to sell out, so purchase tickets soon. – Tracy Geibel