Metal Stalwarts Slipknot and Hatebreed Share the Stage in Erie

Erie gets a taste of brutality during the "Prepare for Hell" tour. 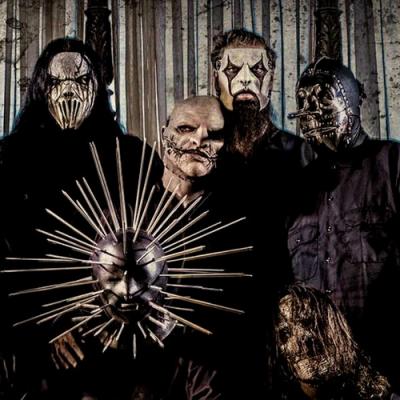 A monster of a show is coming to the Erie Insurance Arena. On May 12, Slipknot and      Hatebreed, two of the biggest names in metal of the last 20 years, will be sharing the stage as part of the "Prepare for Hell" tour.

A band the caliber of Slipknot needs no introduction, but on the off chance that some readers are unaware, Slipknot was one of the most popular bands of the nu-metal era. Hailing from Des Moines, Iowa, the nine-piece band took the metal world by storm in the late '90s with their gruesome masks, distinctive instruments (including beating a trashcan with a baseball bat – yes really), and above all else, their raw, relentless, and powerful music. Their fans, which they call "maggots," are some of the most loyal in any music scene.

Slipknot's fifth and latest studio album .5: The Gray Chapter is named after its late bassist and founding member Paul Gray, who died in 2010. Released on Oct. 21, 2014, the album peaked at No. 96 on the Billboard 200 and hit No. 4 on the Billboard Hard Rock albums chart. Vocalist Corey Taylor stated that the album sounds like a combination of their albums Vol. 3 (The Subliminal Verses) and Iowa, utilizing the melodic and artistic direction of the former while maintaining the brutality of the latter.

Hatebreed tiptoes on the fine line between metal and hardcore, often getting categorized as "metalcore" or "metallic hardcore."  The band was among the leaders of those respective scenes from the late '90s to mid 2000s with albums like Supremacy and Perseverance, and helped define a generation of hardcore music.

You would be hard pressed to find a metal or hardcore musician who wasn't influenced in some way by either of these bands, and spent their childhoods head-banging to Slipknot's "Wait and Bleed" or yelling the words to Hatebreed's "I Will Be Heard" at the top of their lungs.  Tickets start at $50 and are selling fast, so get them while they're hot. – Tommy Shannon