Everyman is one of English drama's oldest plays; its story is just as timeless. 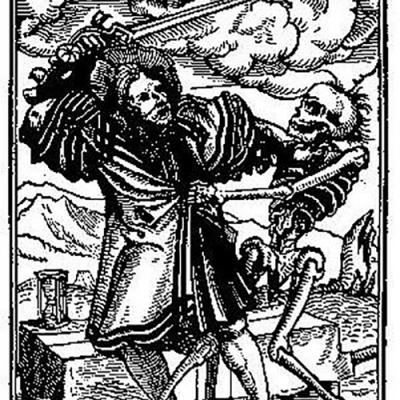 You don't have to travel to London to catch a performance of Carol Ann Duffy's adaptation of Everyman at the National Theatre. A quick jaunt to Mercyhurst University will do the trick.

Everyman, starring BAFTA winner and Academy Award nominee Chiwetel Ejiofor in the title role, is in the midst of its run at the National Theatre, and through National Theatre Live, the production is being streamed live all across the globe — including a showing at 12:55 p.m. Sept. 12 at the Mary D'Angelo Performing Arts Center as part of Mercyhurst Institute for Arts & Culture's fall lineup.

Everyman is one of English drama's oldest plays; its story is just as timeless. Everyman is, well, an everyman — you, me, the person next to you on the bus or in line at the grocery store. He's successful, popular, and very much alive — and about to die. When death comes calling, he's forced to abandon everything and desperately, frantically search for someone to speak in his defense against death, to give a good enough reason for him to keep living.

There's a reason this story is a classic: its primal, spiritual core explores life and death and our understanding of both. It's been a cornerstone of English drama and literature since the 15th century, and this production streaming into Erie is adapted by Duffy, a powerhouse of a poet and playwright, who was appointed Britain's Poet Laureate in 2009. So when audiences see Everyman, they're seeing something simultaneously very old and very new — and very, very powerful. — Sara Toth